LeGarrette Blount‘s 47-yard touchdown run was nothing new for the 250-pound running back last Sunday night. Neither was his 51-yarder during the first week of the preseason, for that matter.

Blount may not look the part, but he’s a big-play runner. He has averaged 4.6 yards per carry through his four-year career, but that’s not coming off a consistent barrage of four- and five-yard carries. Blount has 17 career 20-plus-yard carries and another two 20-plus-yard receptions. He averages a big play every 25 times he touches the ball.

This season, Blount has two 20-plus-yard plays in 34 touches. So, he’s actually averaging more per play than usual. It may help that Blount appears to be in much better shape today than he was during the summer.

On games when Blount breaks free, he’s great. His 47-yard touchdown run was nearly a game-clincher for the Patriots in Atlanta. It’s the games where he doesn’t bust loose when it’s a problem.

Blount averages 3.1 yards per carry when he’s not running for over 20 yards. Fortunately, he breaks off big plays frequently.

The Patriots traveled to Cincinnati without regular bell cow running back Stevan Ridley. The team is without Shane Vereen until Week 11, so it will depend on Blount and Brandon Bolden to get the offense moving on the ground. Either Blount will need to learn to gain consistent yardage, or he’ll need a big gain to help propel the Patriots’ offense.

The Bengals’ rush defense looks intimidating on paper. They’re ranked 11th in rush yardage allowed this season with 99 per game. It helps, of course, that Cincinnati has played the 16th-ranked Bears, 29th-ranked Steelers and 26th-ranked Browns in three of the team’s first four games.

The ninth-ranked Packers exploited the Bengals’ rush defense for 182 yards on 30 carries. Johnathan Franklin led the way thanks to a 51-yard run. Blount outweighs Franklin by 45 pounds, but their games are more similar than one may ever imagine.

Blount isn’t the typical between-the-tackles runner he may look like. Blount actually struggles to find holes in the middle of the defense and he has trouble immediately accelerating, so whatever holes exist when he gets the handoff tend to close up before Blount reaches them.

Blount is at his best when he’s running outside the tackles. Those are the runs where Blount showcases his patience, vision and underrated (and occasionally slow-motion) moves. Blount has also done a nice job the past two weeks in the clock-killing role. It’s obvious Bill Belichick trusts the Oregon product to hold onto the ball.

The Patriots — and any offense, really — are at their best when the team has a balanced offense. A successful rushing game allows Tom Brady to utilize more play action. For that play action to be successful, they’ll have to prove they can run with Blount and Bolden first.

New England will be better when Ridley is back and at it’s best when Vereen returns, as well. But the team is lucky they went into the summer so deep at running back. Having quality backs like Blount and Bolden still around after the top two options have gone down speaks to that depth. 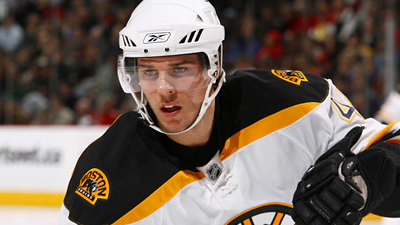