If you don’t have a few hundred extra dollars to spare, the chances of you being able to witness the 2013 World Series live are pretty small.

But according to Deadspin, a baseball fan named Erik found an incredible deal on a World Series ticket for Wednesday’s Game 1 between the Boston Red Sox and St. Louis Cardinals at Fenway Park for a meager price of $6.00, including fees — the actual price of the ticket was $3.00. For the price of a spring training game in March, this lucky guy is going to see the two best teams in baseball write another chapter in World Series history.

This has to be one of the greatest ticket deals in the history of sporting events. As the marquee event of professional baseball, the Fall Classic is always a hot ticket, but in a historic baseball city such as Boston, getting tickets is often a near-impossible task.

As of Monday at 9:00 p.m. ET, StubHub has a total of 2,955 tickets remaining for Game 1. The cheapest tickets available are for home plate standing room only, and cost $396.00 per seat. If there’s a lesson in all of this, it’s to double and triple check your listing before selling tickets to a major event, or you will lose out big time like the person who sold Erik his ticket.

Proof of the StubHub transaction is in the photo below. 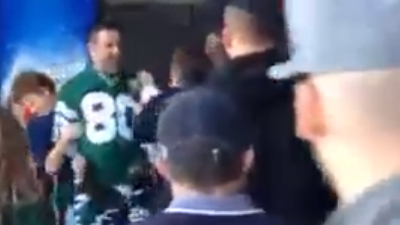 Packers Tight End Jermichael Finley Transferred Out of ICU, Up Walking Around