At least one person in the Miami Marlins organization is optimistic about next season — so much so that they are already making guarantees.

Team president David Samson spoke on Thursday about the confidence he has in the team. Samson told reporters he was confident that his team wouldn’t have back-to-back 100-loss seasons and, in fact, predicted a huge turnaround, according to the South Florida Sun Sentinel.

“I promise you this: We’re not going to lose 100 games next year, not close,” Samson said.

He even went as far as to predict that the Marlins would secure a postseason berth — which is why the team didn’t book a certain concert at Marlins Park.

“That’s why we didn’t book that concert in October [2014],” he said. “Why would we ever book something when we should be and will be playing playoff games?”

While it might seem laughable, it’s not completely unlikely that the Marlins could be competing next October. Though the team finished the season at 62-100 and 28 games out of the playoffs, the 2013 Red Sox have shown that the 180-degree turnaround can actually work. 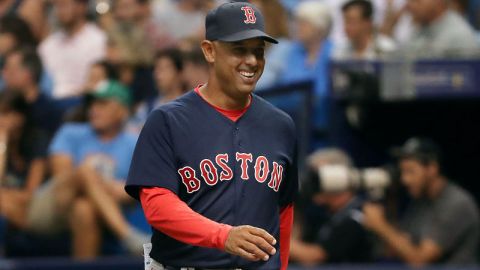