Beasley, who is in serious danger of running himself out of the NBA after a series of flops, poor decisions and just flat-out loco moves, added an epic chapter to his career arc Thursday night.

Beasley is playing with the Miami Heat this preseason, and things got a little intense in their game against the Detroit Pistons. In Beasley’s first game with his new crew, he made a series of bad plays and decided to do what many a basketball player has done in such a moment of frustration, slapping himself on the head.

But Beasley was apparently really upset, and he apparently slapped himself really hard — like, so hard he had to get medical attention.

Heat trainer Jay Sabol had to give Beasley steel compresses — like what trainers use on boxers — to treat Beasley’s brow because he hit himself on the head so hard that it was swollen, according to reports.

Beasley said later that he was upset at himself after getting a quick foul, missing a defensive rotation and then missing a shot at the other end of the court. He ended up scoring nine points and getting two rebounds, but he wanted something more from himself.

“Overall, I give myself a B-minus, C-plus,” he said, according to the Sun-Sentinel. “I’m just trying to teach myself to do everything hard.”

Justin Verlander may be peaking at the right time this year.

You heard the man.

Who doesn’t do this when they see football? 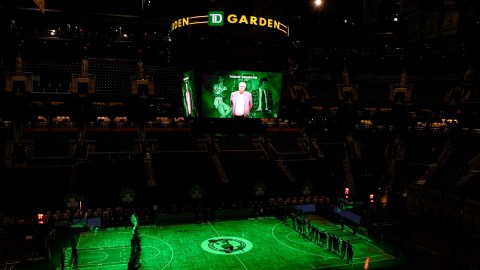 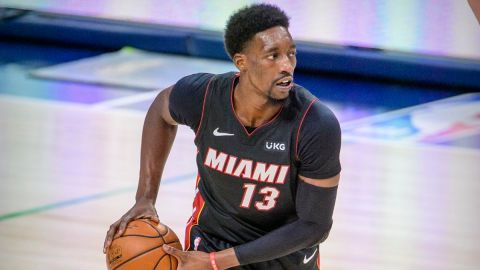