Mike Napoli Turns Clock Back to 2006 and Other Red Sox Notes From Game 3 of ALCS - NESN.com Skip to content The Red Sox have struck out 43 times, have scored just one run before the seventh inning all series and haven’t been able to produce a hit prior to the fifth inning. Yet, the Red Sox are up 2-1 on the Tigers in the ALCS and sit just two wins away from the World Series.

It’s been a very strange series dominated by pitching, which is somewhat surprising given that the two teams ranked first and second in the majors in runs scored during the regular season. One run was enough for the Red Sox to take Game 3, as Mike Napoli‘s solo homer in the seventh inning held up as the difference in Boston’s 1-0 win.

John Lackey outdueled Justin Verlander in his most important start as a member of the Red Sox. Lackey, who gained a reputation as a big-game pitcher while playing for the Angels, hadn’t pitched in the playoffs with Boston before this year. He’s now 2-0 this postseason, and Tuesday’s effort against Detroit’s ace showed that Lackey is still capable of rising to the occasion.

The Red Sox not only hold a 2-1 lead in the ALCS, but they’ve also ensured that there will be at least one more game at Fenway Park this year. Even if the Sox drop the next two in Detroit, they’ll have an opportunity to use the Fenway atmosphere to their advantage in a Game 6 and potentially a Game 7.

There’s also the possibility that the Red Sox could take care of business in Games 4 and 5 in Detroit, which would make the next game at Fenway Park a World Series contest. Boston will have a chance to keep its momentum going Wednesday, when Jake Peavy and Doug Fister square off at Comerica Park.

Before we shift our focus to Game 4, let’s tie up those loose ends from Game 3.

Verlander finished the game with 10 strikeouts, marking the sixth double-digit strikeout game of his postseason career. That, too, tied an MLB record.

“He was obviously locked in. He had that look, and so did their guy,” Tigers manager Jim Leyland said. “One swing of the bat and they hit one over the fence and we didn’t. But we had a couple of opportunities, and they shut us down in a couple of big moments. But that’s part of the game.”

“I’ve been feeling comfortable. I’m not searching for anything,” Napoli said. “For me it’s just being on time. Going into that at?bat, he got me twice early in the game. Threw me four sliders, which he’s never done to me before. But I just kept on going at it. I put a good at?bat together. I was able to get it to 3?2. And got a pitch I could handle.”

“Obviously I’ll never forget that, being my first at?bat,” Napoli said after Tuesday’s game. “I remember [it] being a day game and me being really tired that day, got the call from Salt Lake City.

“He’s definitely grown. I’ve definitely grown. You just have to make adjustments. He didn’t really throw too much of a slider back then. He threw really hard, threw a curveball, had a good changeup. We all watch video, we all get game plans and you kind of have a plan of what he’s going to do to you, what he’s done in the past, and that’s what I go off.”

“I was here for the first homer, too,” Lackey said Tuesday while sitting next to Napoli. “It was pretty cool. I remember that, for sure. He got called up and hit one off Verlander on a curveball. And I said we need that dude, keep him around here.”

“I wasn’t happy about it. Obviously, I was in a groove,” Verlander said of the delay. “But it had no effect. Just kind of treated it like a long inning.”

“He’s my boy, first of all. A good buddy,” Lackey said of Salty. “When you care about each other, like we care about each other off the field, we’ve got such a good group of guys, I think it carries on the field. You can trust that guy back there. You know he’s in the battle with you, and thinking along with you. And that’s fun to have.”

?We got opportunities to try to score and we didn?t do our job,? Cabrera said.

The last time that Cabrera didn’t reach safely in a playoff game before Tuesday was during the 2003 World Series, when he was a member of the Marlins.

ESPN.com’s Dave Schoenfield points out that Verlander, Jon Lester, Max Scherzer, Zack Greinke, Clayton Kershaw and Adam Wainwright have started games in their respective League Championship Series over the last few days and have combined to allow eight runs in those six starts. However, their teams didn’t win any of those games.

?Daniel has had good success against Fister,? John Farrell said before Game 3. ?There?s no guarantee that will be the case tomorrow. But also contemplating Daniel will have three days off leading into tomorrow and how does that affect his potential timing at the plate. There were a number of things we considered. But getting back to what?s most important, that?s today, and trying to get the best fit, the best matchup that we could come to.? 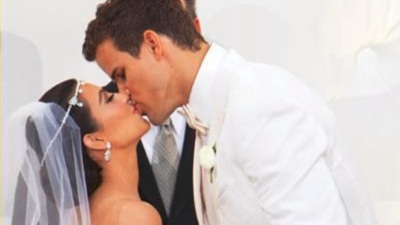 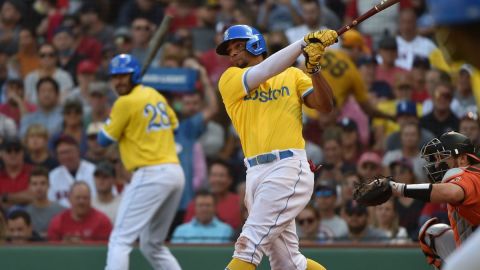