BOSTON — It doesn’t take much to make Milan Lucic angry, but he rarely gets as heated as he did Thursday night against the Colorado Avalanche.

The Bruins power forward was assessed a costly 10-minute misconduct on top of a roughing penalty for his role in an altercation with Colorado’s Gabriel Landeskog. That penalty kept the Bruins without Lucic until midway through the third period on the way to the Bruins falling 2-0 at TD Gaden.

Lucic took issue with what he thought was excessive rough-housing from Landeskog, a player not known for his rough stuff whatsoever. Lucic dropped one of his gloves and practically begged Landeskog to go with him, but the Colorado captain refused. That devolved into a shouting match between the two that seemed to go on forever. Finally, Landeskog said something that pushed Lucic over the edge, and he pushed the Colorado forward to the ice with one big left-handed shove.

Before Landeskog could even hit the ice, the decision was likely made to give Lucic the extra 10 for the misconduct. That’s something that obviously didn’t sit well with the big winger. Lucic felt that if he had shoved someone other than Landeskog, there probably wouldn’t be the extra penalty.

“Just the grab from behind in the face and just an altercation,” he said. “I bet if I would have pushed [6-foot-6, 225-pound [Patrick] Bordeleau at the end of it, I wouldn’t have gotten 10 minutes. It is what it is.”

Lucic said he’s still waiting for an explanation as to why he got the extra misconduct penalty, and he’s perplexed as to why he was the only one to get the extra discipline.

“I didn’t hear [an explanation], so I didn’t get one,” Lucic said. “If someone pushed me like that at the end of an altercation, I highly doubt they would have got 10 minutes.”

Lucic wasn’t the only one who was left scratching his head. Bruins coach Claude Julien, as one might imagine, was none too pleased with the call.

“The guy’s still chirping him when he gives him the shot and the referees decide [Lucic’s] taking the 10. Certainly not what you want as a coach and when you have a player like that you’d rather have him on the ice. I thought it was a bit soft.”

Regardless, the Bruins certainly missed Lucic for the extended period time. Lucic’s line opened the second period with one of the best shifts of the game that led to a golden scoring opportunity for Jarome Iginla. Then midway through the period, Lucic won a puck battle in the corner and made a sensational no-look pass to Dougie Hamilton that generated a scoring chance as well.

But without Lucic, the Bruins were unable to generate much of anything offensively, and when they did, Jean-Sebastien Giguere dazzled in his first career shutout against Boston. While Lucic likely wouldn’t have made the entire difference, he certainly wouldn’t have hurt, especially with how he played in the second.

“You want to be a part of it, you want to do everything you can to help your team win,” Lucic said. “I thought as a line we were starting to get things going. Unfortunately it took me right out of the game. Again, we were still able to generate I thought more as a line. Hopefully we can build off that.”

As for Landeskog, Lucic wasn’t about to totally put down the Colorado forward, but he didn’t totally avoid the question as to whether he lost respect for Landeskog.

“If that’s the way you want to play,” Lucic said after a pause and a little bit of a laugh, “that’s your choice.” 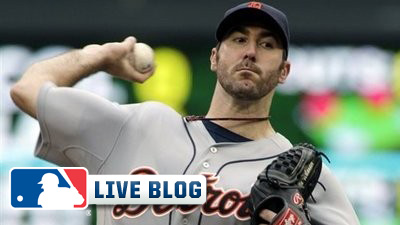