Maxim Lapierre is about to sit down for a very long time.

The NHL announced Wednesday morning that it was offering the St. Louis Blues forward an in-person hearing to discuss potential supplemental discipline for his hit Tuesday night against the San Jose Sharks.

The agitating forward checked Sharks defenseman Dan Boyle from behind into the boards. Boyle was eventually stretchered off the ice in a scary situation. Lapierre was given a five-minute major for the hit as well as a game misconduct. He was also assessed a fighting major after being challenged by Andrew Desjardins, who came to Boyle’s defense after the cheap shot.

The in-person hearing means bad news for Lapierre. He’s suspended pending the hearing, which will take place Friday, and because it’s of the in-person variety, the suspension has a chance to be more than five games. It’s probably safe to assume that it will be. Lapierre has been given past supplemental discipline, as he was suspended four games in 2010 for another hit from behind.

The league may also decide to finally send a message to Lapierre, who often goes over the line during play. That appeared to be the case for Buffalo’s Patrick Kaleta, who was just suspended 10 games for a high elbow in a recent game. 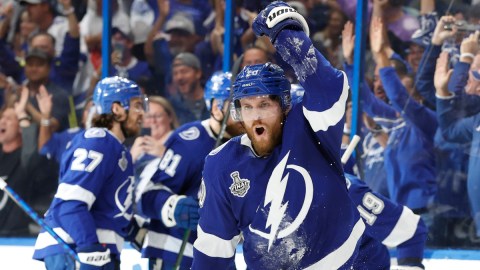