FOXBORO, Mass. — There’s a reason the NFL trade deadline is nothing like MLB’s or even the NBA’s.

In those sports, it’s far easier to plug in a player and expect him to play at a high level nearly immediately. In the NFL, pieces can only be acquired at certain positions. And since the deadline is so early (Oct. 29), most teams may be hesitant to give up key pieces since they will still be in the running for their division or a playoff spot.

The Patriots have certainly had their struggles this season, but fixing them is not as easy as trading for Player A or signing Player B off the street. Since New England has not proven to be as dominant as in years’ past, fans are anxious to bring some players in who may help.

That’s where we’ll start in this week’s mailbag.

We need help at interior defensive line, wide receiver and running back — big time. When do you think they will try to find any help? It needs to be soon.
–@decadofdominanc

High-quality players just are not available. No team wants to give up on the season, and it’s extremely difficult to take a player off one team and immediately plug him into another, especially the Patriots.

It would be far easier to groom a defensive tackle than it would be a wide receiver, and I disagree that the team needs help at running back. It’s tough to find better depth at the position than having LeGarrette Blount and Brandon Bolden behind Stevan Ridley. And Shane Vereen will be back.

It’s not completely out of the realm of possibilities for the Patriots to acquire a better wide receiver or defensive tackle, but it should also be far from expected. The team is better off sticking with what it has at wide receiver.

If Tommy Kelly has a long-term injury, it would make sense to trade for a defensive tackle, but as I said, it’s not always that easy. Most teams are still in the race at this point. There’s no way the Steelers or Giants are giving up on their season, and the Buccaneers and Jaguars likely don’t have anyone worth acquiring at this juncture.

There’s also not exactly key contributors available on the street. The next time I hear the names Terrell Owens or Richard Seymour I may just explode. Owens hasn’t played since 2010, and Seymour doesn’t want to come back. End of story.

The team could have Mark Harrison and Armond Armstead coming off the non-football injury/illness lists soon. Both players can return next week. Armstead looks like he’s bulked up from the end of the summer. He said he was feeling “all right” on Thursday afternoon. You can read more about Harrison in a question below.

Would you start Marcus Cannon over Dan Connolly?
–@OFox0220

I think there should be a waging competition there. Connolly has played OK, but if there was a weaker spot on the offensive line, it would probably be at right guard. The problem is, we’ve never really got a solid look at Cannon at right guard. He would have had plenty of opportunities there in the preseason, but he was injured.

Cannon is the No. 1 reserve along the offensive line right now. Ryan Wendell is dealing with a concussion, which has not kept him out of practice. If he has to miss Sunday’s game, Connolly would likely slide over to center, and Cannon would probably start at right guard.

Will Stevan Ridley get his full-time starting role back eventually?
–@JDawson_NFL

We could see that happen this week if he’s healthy. The Patriots really seemed to miss him against the Bengals. Blount and Bolden played OK, but they don’t have the same explosiveness as Ridley.

After Ridley fumbled in Week 1, New England seemed to take more of a running back-by-committee approach. This team is at its best when Ridley is able to grind out carries, though. The Patriots need teams to respect the play action. And in order for that to happen, they need to get Ridley back in there on a consistent basis.

Which of these young wide receivers will develop into a star?
–@rgrasso85

It’s way too early to tell. Right now, Kenbrell Thompkins and Aaron Dobson have both had moments, but they haven’t shown a ton of star potential. Dobson may be proving to have more upside, which makes sense since he was a second-round pick and Thompkins went undrafted.

Sometimes it’s tough to tell with the Patriots which players will be future stars based on their first year in the league.

What’s the key for the game vs. the Saints, the defense or offense?
–@conrado_rf

I would say the defense, since the Saints’ offense is much better than their defense. If New England can at least limit Jimmy Graham, Darren Sproles and Drew Brees, the offense should be able to put some points on the board against Rob Ryan‘s defense. The Patriots have had trouble against Ryan-led teams before, though.

The game is at home and the Patriots are favored, but this is a very tough matchup, even though both teams’ strengths line up well with one another.

Any info on this wide receiver, Mark Harrison?
–@Jeffrao81

He could come back as early as next week. He’s been on the non-football injury list since training camp began. During the summer, he was out on the field almost every day. He’s obviously been able to get in the playbook all year, but now it will be about translating that knowledge onto the field.

Harrison is a Rutgers guy who has an incredible size-speed combination. At 6-foot-3, 231 pounds, Harrison ran a 4.37-second 40-yard dash at the NFL combine in February. He had a 6.99-second three-cone drill and 4.33-second 20-yard shuttle.

Harrison wasn’t drafted and got scooped up by the Bears after the draft. They didn’t keep him around because of a foot injury, but the Patriots determined he was worthy of a spot on the 90-man roster. 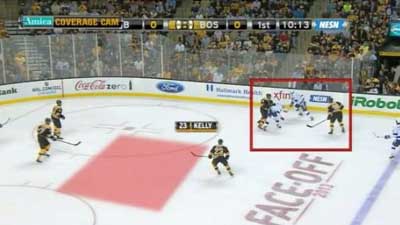