Paul Pierce Playing in Different Jersey Sort of Weird and Other Impressions From Celtics' Loss to Nets - NESN.com Skip to content This should have felt weirder than it did.

Maybe because it was the preseason or maybe because, after a summer’s worth of farewells and retrospectives, everyone was just tired, but seeing Paul Pierce in a Brooklyn Nets jersey did not seem nearly as odd as it should have. Certainly it will always look a little strange to see one of the Celtics’ all-time greats in anything other than green, but it didn’t look unnatural.

This might say more about sports than it does about Pierce or the Celtics. Even for a 15-year veteran of one franchise, changing teams is never truly unthinkable. We imagine it will be the same when Kobe Bryant suits up for the Knicks or Nets one day — kind of weird, but not totally bizarre. Only the most naive fan believes his favorite player will never, ever play for another team.

Pierce did not play particularly well in his first preseason game against his old team. He shot just 1-for-6 from the field and finished with four points and five assists, but he did provide enough moments to remind the Celtics of what they had lost. He shook off Jeff Green with a step-back jump shot in the third quarter, although the ball hit front rim. He pulled in 10 rebounds, a game-high, owing to his new role on this star-stacked squad.

By the time Pierce jogged off the court after his team had protected its 82-80 lead on the final possession, the black-and-white Nets uniform no longer looked completely out of place. Perhaps the feeling will be different when he is back in TD Garden, where his black jersey will starkly contrast to the green and white surrounding him. But it didn’t seem all that jarring on Tuesday.

And that was sort of sad.

Lee in the lead

Few players on either side were interested in making very much out of Tuesday’s game. It was the preseason, the second leg of a back-to-back for the Nets and the front end of a back-to-back for the Celtics. The Celtics came out cold, which has turned into their M.O., before rushing back in the second quarter to make things interesting at halftime. In the second half, everyone pretty much agreed just to coast along until the buzzer sounded.

Courtney Lee did not get that message, apparently, because the sixth-year veteran played like his hair was on fire.

Lee dove after loose balls, blocked a layup attempt by Reggie Evans and reached in to tear the ball away from Mason Plumlee. Then, in the fourth quarter, he canned two big 3-pointers to wipe out an 80-74 deficit. After Nets guard Chris Johnson hit two free throws with seven seconds left, coach Brad Stevens called a play for Lee to get the final shot.

Lee deserved the call — he was the only player really trying, after all — and he got a decent look. Mercifully, he missed, saving everyone from having to endure overtime in a preseason game.

Avery Bradley‘s energy cannot be easily replaced, but at some point the fourth-year guard is going to have to make more than just the hustle plays. One of the Celtics’ starting guards — it’s no longer fair to label him or Jordan Crawford as a “point” guard or “shooting” guard — finished with seven points on 2-for-13 shooting, three assists and two turnovers. He did grab a team-high nine rebounds, as well.

But Bradley also missed four layups, which the official game book diplomatically called three- or four-foot jump shots. They were unquestionably layups, though, and while they were contested, they were shots a starting NBA guard needs to make.

Bradley is 22 years old now. He is beginning his fourth year as a professional. The time for making excuses for him and hoping that he will learn has passed. There are a lot of good, solid NBA players vying for playing time in Boston’s backcourt this season, and the Celtics need more than just a guy who works hard. 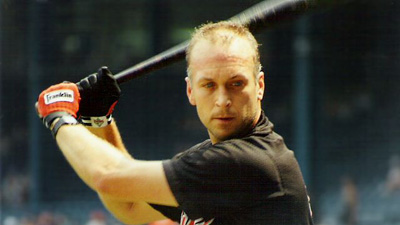 Cal Ripken Jr.’s Mother Has Brush With Gunman, Attempts to Carjack Her 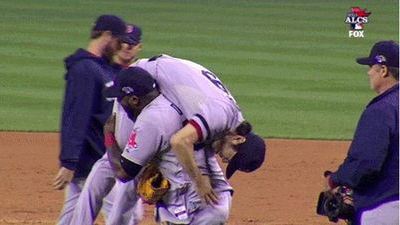