The Patriots aren’t shy about taking their licks in exchange for wins, but the injuries sure are adding up.

New England added more key names to its list of injuries Week 6 against the Saints, when everyone from defensive MVP Aqib Talib to defensive captain Jerod Mayo took a bruising in the last-second 30-27 win.

Mayo was seen leaving Gillette Stadium with his arm in a sling, according to Tom E. Curran of Comcast SportsNet, while Talib has a hip flexor injury, according to Pro Football Talk. Talib pulled up partway through the second half after a masterful day defending New Orleans tight end Jimmy Graham, while Mayo was taken off the field after a nasty collision with teammate Steve Gregory as the pair moved to take down Saints running back Darren Sproles. Mayo’s ailment is being described as a shoulder injury.

The Patriots also had some big losses on offense. Danny Amendola, who has played limited time this season due to a groin injury, left the game after a scary blow to the head that was later ruled a concussion. Right guard Dan Connolly also left with a head injury.

While New England has dealt with losses across the board all season, Sunday’s injuries struck players who are each known for their individual talent and role on the team. 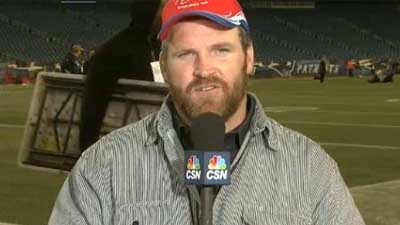 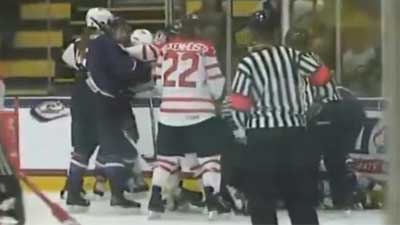