The Buffalo Sabres have had an interesting offseason, which centered mainly around the fact that they unveiled arguably the worst jersey in the history of sports. They announced another odd decision Tuesday.

The club announced its captain on Tuesday with a bit of a catch. Every other team in the NHL has one captain — one leader who wears that “C” on his sweater. The Sabres, however, will have two. They have named both Steve Ott and Thomas Vanek captains for the 2013-14 season. Vanek will wear the “C” during home games, while Ott will serve as captain when Buffalo is on the road.

“We just thought both guys represented what we wanted,” head coach Ron Rolston stated in a press conference introducing the new captains.

See a photo of Vanek and Ott showing off their sweaters below. 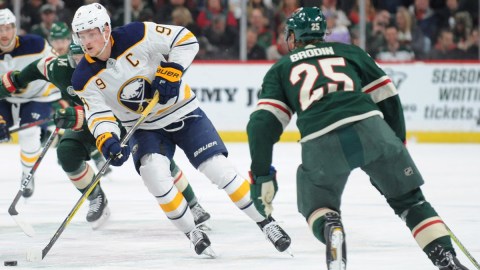