Momentum did not seem to help the Patriots on Sunday night.

There?s a growing anti-momentum campaign spreading through the interwebs that I believe was started by Bill Barnwell of Grantland.com. I think there are cases to be made for and against momentum, but New England was not aided by it against Atlanta.

Midway through the fourth quarter, the Patriots scored on a diving touchdown catch hauled in by Kenbrell Thompkins to go up 27-13. Just 15 seconds later — in game time — Aqib Talib picked off Matt Ryan. After another three minutes and 17 seconds passed, New England scored again — this time on a Stephen Gostkowski field goal — to make the score 30-13.

Momentum was on the Patriots? side. Obviously, after this series of events, the Falcons would keel over, curl up and die right in the middle of the Georgia Dome field, right? Especially since most of their fans were stuck in Atlanta traffic heading home at that point?

That?s obviously not what occurred. The Falcons stormed back and nearly won, if not for the umpteenth incredible play made by Talib. The game wound up ending 30-23 after the Falcons scored on a Tony Gonzalez touchdown catch and Matt Bryant field goal.

There may be multiple examples that can be thrown this way that will argue for or against momentum, and frankly, I don?t care. Like I said, I don?t really have a dog in this fight. But this is at least one instance where momentum did not mean squat to the Patriots.

Now, on to the X?s and O?s. Check out my film review of Patriots-Falcons below.

It?s worth getting out of the way right now that Atlanta?s defense is, overall, pretty bad. They?re especially subpar without Asante Samuel, Kroy Bierrman and Sean Weatherspoon.

With that out of the way, Tom Brady had his best game of 2013. There were a few head-scratching throws that came out of Brady?s hand, though, especially in the second quarter. Brady threw up a prayer to Kenbrell Thompkins that the rookie came back, fought for and pulled in. On that same drive, Brady overthrew Josh Boyce and was off on another attempt to Thompkins.

Other than that, Brady was mostly great. He put the ball in the right spot, didn?t miss any wide-open receivers and dodged traffic in the pocket well. Good job, Tom.

It was a good day for the running backs, who, like Brady, were helped out by their offensive line. LeGarrette Blount had the play of the day when he ran 47 yards for a touchdown. As you can see below, Blount was aided by a key hold by Julian Edelman. Outside of that play, Stevan Ridley was the better back. Ridley fights for yards where Blount or Brandon Bolden may get stopped. Ridley has a move where he surges or dives as his hole is closing to pick up an extra yard or two. Those yards add up.

Bolden wasn?t as spectacular as he was against the Buccaneers, but he still had a decent game.

Having a strong run game doesn’t just show up in rushing stats. Brady was at his best against Atlanta when the Patriots were utilizing play action. On the play below, Brady has a wide-open Mulligan on the 50, but he was wise to look past the tight end. He hit Edelman in stride, who made it all the way past the 20 for a 34-yard reception. Just to get the negative out of the way: Aaron Dobson had one drop and Thompkins had two.

OK, despite the drops, Thompkins had his best game in a Patriots uniform. The aforementioned 49-yard reception that Thompkins had to fight through traffic for was a beauty. His 18-yard diving catch was even better. Thompkins is an accomplished route runner, and while there?s still some inconsistencies to work through (falling over too often), Thompkins is quite literally improving before our very eyes each and every week.

Dobson got hurt midway through the game. Two flags probably should have been thrown on that play. Dobson was held, and he got hit in the head while he was defenseless. Way to go, zeebs’.

Edelman may have had his best game of the season. One could argue that was Week 1, but Danny Amendola and Shane Vereen were actually the better players. Edelman just scored the touchdowns.

In this game, Edelman finally proved to be dangerous, not just consistent. He was finding open holes in Atlanta?s defense and got some good chunks of yards after the catch. Tampa Bay didn?t give him nearly as much room to work with in Week 3.

It was another fairly forgettable day by the tight ends. Matthew Mulligan was the only player targeted, though he made it count with his first touchdown in a Patriots uniform.

Michael Hoomanwanui was decent as a blocker, helping out the offensive line. Zach Sudfeld only got eight offensive snaps. He struggled to get separation in his routes.

Once again, it was a subpar defensive effort from the Falcons, but New England?s offensive line had its best game of the season. Nate Solder, Logan Mankins and Sebastian Vollmer were great. They kept Brady upright and opened up holes in the run game.

Ryan Wendell was much improved from his first three weeks, when it looked like he was really struggling. Dan Connolly had some rough moments, though, getting Brady creamed at times. He had a positive day in the running game. If this were any other offensive line, Connolly may not have even been noticed for having a down game. But compared to Solder, Mankins, Vollmer and Wendell, it just wasn’t quite as strong.

It could have been a disaster once Vince Wilfork got hurt, but some creative formations and strong play from Joe Vellano and Chris Jones reduced the negative effects of losing the All-Pro.

Vellano blasted through Peter Konz on one of the Patriots? two sacks of the day. Konz didn?t know what hit him, and neither did Matt Ryan (especially when Chandler Jones celebratorily dove on Vellano and Ryan). Chris Jones was better against the pass than he was against the run, but the rookie should improve in both facets of the game.

Rob Ninkovich was incredible. He pressured the quarterback nine times, though he couldn?t come away with a sack. He was very strong, as usual, in the run game. Ninkovich was asked to drop back in coverage more than usual. He was effective in that role.

Michael Buchanan and Chandler Jones had a few pressures each. Buchanan came away with a sack, which we’ll highlight later on. Jones drew two holding penalties and was fairly active in both the pass and run games.

There were instances when pass coverage was helping out the pass rush and vice versa. Below, we see an example of the latter. Ninkovich blasted through Atlanta’s offensive line, which made Ryan have to immediately let go of the ball. Talib jumped the route and came away with an interception. It helped that Alfonzo Dennard had good coverage on Harry Douglas, Kyle Arrington had control of Roddy White and that Tony Gonzalez stayed in to block Buchanan. Surprisingly, Jamie Collins played twice as often as Brandon Spikes. That was a result of increased snaps in the sub defense. There were times when the Patriots were using three down linemen (Jones, Kelly and Ninkovich) and three linebackers (Collins, Jerod Mayo and Dont’a Hightower). Even though Spikes played sparingly, he had a nice run stop and pressured Ryan on a blitz.

Speaking of blitzes, I only counted six in the passing game. The Patriots stuck with four and sometimes three rushers. One linebacker was typically used to drop back in a zone, while the other would either cover a running back or a tight end.

Hightower, Mayo and Collins all had some rough moments in one-on-one coverage against Tony Gonzalez, who torched the Patriots all night.

The linebackers were hesitant at times to bite on play action. As a result, it would occasionally take a beat or two before they came downhill to fill rushing lanes.

To check out the linebackers? coverage and pass rush stats, click here.

Talib shut out Julio Jones and Roddy White. That?s pretty much all there is to say about his performance, right? It was an elite effort. Talib was targeted nine times. He intercepted a pass, allowed zero receptions and was called for pass interference, and White was called for interference against him.

Dennard was mostly effective. There were some times he got lost, but for the most part, he was doing his very difficult job against White and Jones.

Arrington got beat a few times by Douglas. He allowed five receptions on six targets for 68 yards. One of those was a tough assignment, as he was covering Douglas out of the backfield. On another, Douglas was nearly uncoverable since White ran a screen on Arrington.

Rookie Logan Ryan was asked to cover Gonzalez for a stretch. That didn?t go so well. He was overmatched by the future Hall of Famer.

Below we see a play where some top-tier coverage allowed Buchanan to get a sack. Dennard had Jones covered with Devin McCourty helping over the top, Mayo and Steve Gregory were blanketing Gonzalez, Arrington had Douglas within arm’s reach and Talib was all over White. As it says below, Buchanan crushed Ryan on the play. McCourty had another strong day in coverage. The Patriots would not have been able to limit Jones and White without McCourty?s help over the top. He got beat in the fourth quarter by Jones despite covering the third-year player perfectly. Sometimes that happens.

Gregory had a great game. He was the most effective player on the Patriots’ roster at covering Gonzalez. Unfortunately, as the game wore on, the team needed him helping out deep more than they needed him to cover Gonzalez. Gregory?s tackling appears to have improved this season. 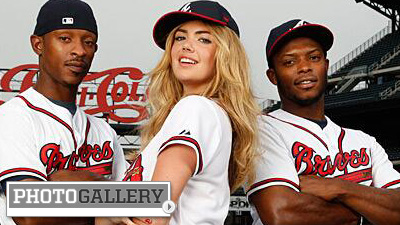 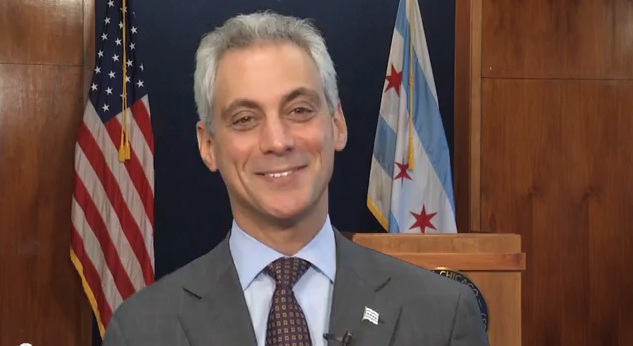