The FIFA World Cup could return to the United States as early as 2026 … If FIFA cleans up its act before then.

Sunil Gulati, president of the U.S. Soccer Federation, said America would bid for the right to host the 2026 World Cup finals if FIFA makes the bidding process more transparent, the Agence France-Presse reports.

“Would we be interested in bidding for 2026? The procedures would need to be very different to what they are now,” Gulati told the Leaders in Football conference in London.

“If the critical issue is taking it to new lands, then tell us in advance, because we won’t bother.

“The rules need to be clearer and tighter. And the process needs to be better. If you are stepping onto a field of play, you know what the rules are.

“We’d want more clarity on the bidding and the whole process. For instance, is there going to be a system of rotation, or not? This needs to be established well enough in advance so people know.

“Also, my personal view is that it should also be a public vote. And the technical report should matter in some concrete way, otherwise it’s an unnecessary expenditure of funds and time.”

Gulati led U.S. Soccer’s failed bid to host the 2022 World Cup. FIFA controversially awarded it to Qatar in 2010, and allegations of corruption and bribery soon followed. These sank the careers of senior officials in world soccer’s governing body and brought great scrutiny to the organization.

In April, Gulati was elected to serve on FIFA’s Executive Committee. The powerful 25-person body awards the right to host the World Cup and presumably determines the rules which govern the bidding process. Gulati is now in position to help drive the change he seeks.

The U.S. hosted the 1994 World Cup. The tournament was considered a success, as sell-out crowds packed stadiums from coast to coast to watch world soccer’s brightest stars compete for the game’s ultimate prize. 1994 was also the last time a country from FIFA’s CONCACAF region (North America, Central America and the Caribbean) hosted the World Cup.

2026 will mark 32 years since FIFA staged the tournament in this region. If FIFA fails to add transparency to its bidding process, that number will most likely approach 40. 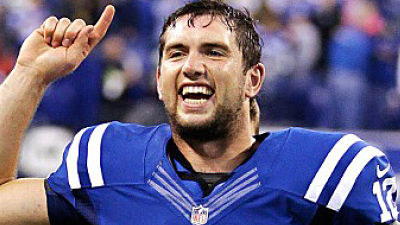