BOSTON — David Ortiz not only broke into the majors in Minnesota. He developed a friendship while with the Twins that still exists today.

Ortiz and Tigers outfielder Torii Hunter came up through the Twins system together, and each made his major league debut in 1997. Now, 16 years later, the former teammates are competing for a spot in the World Series, and their bond couldn?t be stronger.

?I definitely think David Ortiz — everything, all his accomplishments, everything he’s done in this game is well-deserved,? Hunter said before Game 2 of the ALCS on Sunday. ?I’ve seen him grow. I’ve seen him in hard times, with family issues. I was there. We’re like brothers. I love him. We’re enemies, but I love him to death. I’d do anything for him.?

Ortiz, who spent parts of six seasons playing alongside Hunter in Minnesota, signed with the Red Sox as a free agent prior to the 2003 season, and it?s turned out to be an amazing career for the Boston slugger. Ortiz is a nine-time All-Star with 2,023 hits and 431 home runs to his credit. More importantly, he has brought two World Series titles to an organization that hadn?t won a championship in the 85 years prior to his arrival.

Hunter has been no slouch, either, over the course of his 17-year career. The 38-year-old outfielder, who is in the midst of his first season in Detroit, has five All-Star selections and nine Gold Gloves on his resume. Hunter is still amazed at how Ortiz functions, though.

?Funniest guy in the world,? Hunter labeled Ortiz. ?He swears he looks good. He swears he can dress and everything. I’ve always respected the way he carried himself day?to?day, always wanted to hit. That’s it. He didn’t care about his defense. Forget that, I just want to hit.?

Ortiz and Hunter will undoubtedly share some laughs while sharing a diamond in the ALCS. Whoever advances to the World Series will hold some all-important bragging rights this winter, though. 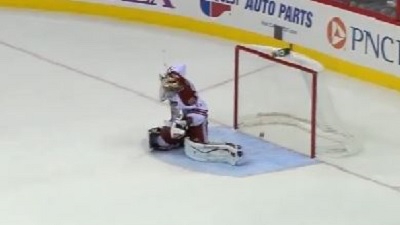 Tom Brady Back to Vintage Form Against Saints, This Season, Despite Not Putting Up Showy Numbers