MIAMI — Lawyers for Aaron Hernandez say their client won’t answer accusations in a federal lawsuit filed by a man who says the former star NFL tight end shot him in the face outside a Miami strip club.

In the response filed Wednesday to the complaint by 30-year-old Alexander Bradley, attorneys say Hernandez is invoking his Fifth Amendment right that protects people from incriminating themselves.

According to court records, Bradley claims Hernandez shot him after they argued at the club in February. Bradley seeks at least $100,000 in damages.

A judge in Miami denied Hernandez’s request to delay the proceedings until a murder charge against him in the shooting death in Massachusetts of 27-year-old Odin Lloyd is resolved.

The New England Patriots released Hernandez soon after he was accused in the killing.

Cowboys Banned From Wearing Throwbacks on Thanksgiving, Will Wear Blue Away Uniforms Against Raiders 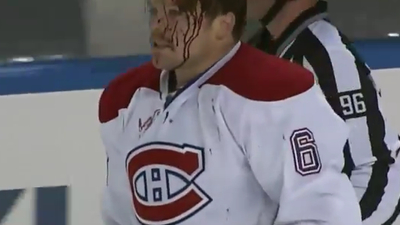