It’s getting harder and harder to ignore the Los Angeles Clippers.

The first-place Clippers met the perennial powerhouse Oklahoma City Thunder on Wednesday in another statement game for L.A.’s other team. With the Thunder up by six near the end of the second quarter, a Blake Griffin putback attempt was met with harsh resistance from OKC forward Serge Ibaka. After the play wound down, Ibaka gave Griffin one last shove, which drew an equally belligerent Matt Barnes to his teammate’s defense.

After the officials reviewed video of the incident, Ibaka and Barnes were ejected, and Griffin was given a technical foul — apparently for being pushed around.  The two teams meet again Nov. 21 in Oklahoma City.

Check out video of the scrap below. 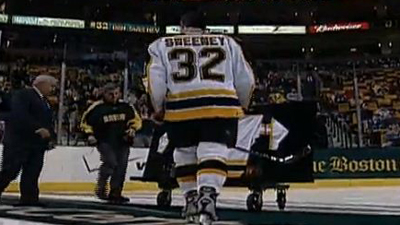