Boston College running back Andre Williams’ Heisman Trophy stock has been rising steadily with each great performance he gives the Eagles.

He’s become the first FBS running back since Donald Brown in 2008 to gain 2,000 yards on the ground, and going into the Eagles’ regular-season finale against Syracuse on Nov. 30, Williams has 2,073 rush yards and 16 touchdowns.

One fan recently made an awesome highlight video that includes several of Williams’ best runs of 2013, and it’s a must-watch for college football fans who don’t follow the Eagles on a regular basis. Making it even more awesome is the background music from the old Super Mario video games, specifically the sound that plays when someone gets an “invincibility star” in the classic Nintendo game.

Check out the video below. Hat tip to BC Interruption. 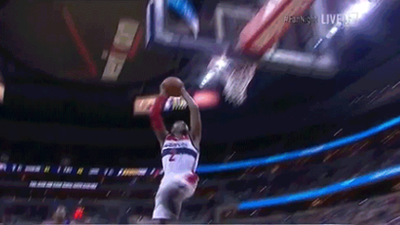