Bruins Make Plenty of Progress in Their Game, in Standings During Successful Homestand - NESN.com Skip to content BOSTON — The Bruins’ low point of the young season came late on Nov. 2 as the New York Islanders put the finishing touches on a 3-1 win.

With that loss, the B’s fell to 8-5-0 on the season, having lost three of four. They could take small solace in the fact that they were returning home, but with the way they were playing, there was nothing that said things would turn around any time soon.

Slowly but surely, however, the Bruins used the five-game homestand to do just that — turn things around. Boston went 4-0-1 on their longest homestand of the season, and they put the finishing touches on that with a 3-2 overtime win over the Columbus Blue Jackets on Thursday night. With the win, the Bruins ensured that they grabbed nine of a possible 10 points with the only loss of the five-game stretch coming in the opener, a shootout loss to the Dallas Stars.

The Bruins began the homestand in fourth place in the Atlantic Division and fifth in the Eastern Conference. They’ll head out on a three-game road trip starting Friday in second place in both, just one point behind Tampa Bay.

All in all, the Bruins are in a much better place now than when they started the homestand, which is all you can ask for at this point.

“That’s what we talked about in the dressing room before heading out there was ending this homestand on the right note and ending it with a big two points,” B’s forward Milan Lucic said moments after scoring the game-winner Thursday in overtime. “We set ourselves up before we head on the road here.”

Here are some of the highlights from the five-game homestand.

There’s still plenty of room for improvement, though. There was proof of that Thursday night. Boston sandwiched two iffy periods in the first and third around a solid second period, and they got a big play in overtime when they needed it. That’s a bit nit-picky for a team that grabbed all but one point in its last five games. When the playoffs begin, teams aren’t let in or kept out because their wins weren’t pretty enough.

“We weren?t perfect, we aren?t a perfect team; but we are a good team,” Bruins coach Claude Julien said. “It?s one of those things; there?s breakdowns. I?m not standing here saying I?m happy but the guys worked hard.”

The Bruins worked hard, and they have righted the ship for now. There’s still room for improvement, but there has been plenty of improvement as of late. This five-game stretch is done, and it couldn’t have gone much better for the Bruins.

Now it’s onto the next stretch. 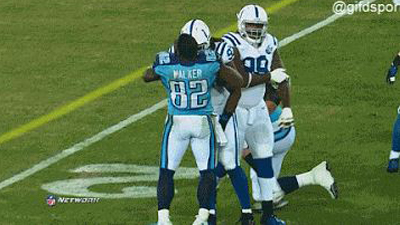