Cult hero Steve Horgan knows the first rule about being a meme: stick to your guns.

Over the past few weeks, Boston’s famous bullpen cop has been given more than a few opportunities in the public eye to make the story about himself or maybe try out a new celebration. But Horgan knows that the 2013 Red Sox was a team of role players, and Horgan plays his role of two-armed reveler as best as he can.

Horgan celebrated with a massive crowd of fans at Fenway Park before the Sox’ parade around the city took off. Again, Horgan could have branched out with his celebrations — the Hulk Hogan “I can’t hear you” or 1994’s “raise the roof” maybe — but Horgan, the unlikely symbol of how surprising and captivating this Red Sox team really was, kept it classic.

Check out Horgan posing in the photo below. 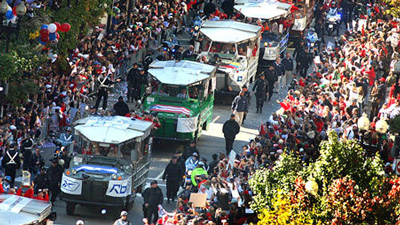 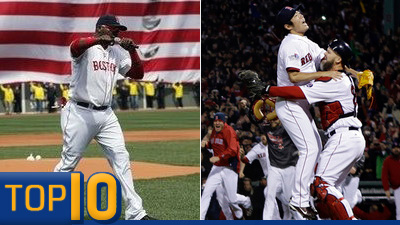