Boras is reportedly using Carl Crawford?s seven-year, $142 million contract as a benchmark in negotiations regarding Ellsbury. His sales pitch is that Ellsbury is a more valuable commodity now than Crawford was when he signed his monstrous contract prior to the 2011 season.

?Two things separate Ellsbury [from Crawford]. Carl Crawford was never proven as a leadoff hitter, and Carl Crawford is not a center fielder,” Boras told CBSSports.com back in September. ?They are two different animals. It’s not a consideration because he’s a corner outfielder. Just think if Carl Crawford could play center field.?

The funny thing is that Boras is right in that respect. Ellsbury — while a year older than Crawford was at the time of his deal — features a comparable skill set, yet also comes with the added luxury of playing a premium position and having experience hitting atop the order. None of this even takes into account Ellsbury?s track record of performing on the big stage within a big market, something that should sit well in the minds of interested teams this winter.

Boras is still being rather selective, though, and it?s what ultimately makes a Crawford-sized contract seem somewhat crazy. While Ellsbury holds an advantage over Crawford in certain areas of his resume, there are other areas that Boras will absolutely look to sweep under the rug at the bargaining table.

In placing Ellsbury above Crawford, Boras fails to acknowledge the elephant in the room: Ellsbury?s durability. Sure, as Boras has stated, Ellsbury?s injuries were mostly beyond the center fielder?s control, thus resulting in an unfair ?soft? label. But it doesn?t change the fact that Ellsbury missed a big chunk of two seasons (2010 and 2012) and also dealt with a foot fracture toward the end of this regular season. Crawford averaged 144.8 games a year in his six seasons prior to hitting the open market, while Ellsbury averaged 113.7 games in his six full seasons with Boston.

Boras is also (understandably) trying to use Ellsbury?s 32-homer, 105-RBI outburst in 2011 to his advantage, when in reality, Crawford featured a tick more power. Crawford totaled six double-digit home run seasons before hitting free agency, while Ellsbury?s MVP runner-up campaign in 2011 marks the only time in his career that he has hit at least 10 bombs.

If anything, Crawford?s edge in durability, consistency and overall run production help to offset the benefits provided by Ellsbury?s position and lineup spot, and, at the end of the day, you?d be hard-pressed to find a more rational comparison of two outfielders in free agency. The following average stat line from each player?s final three seasons before free agency (pointed out by ESPN.com) paints a pretty good picture of the outfielders? similar production.

So does this then mean that Ellsbury is worth $142 million, like Crawford? Boras can certainly argue such based on the comparison, but it should continue to be a difficult sell for two reasons.

1) Crawford actually represented a safer bet back when he signed his deal than Ellsbury represents now. It sounds crazy given Crawford?s past two seasons, but signing Ellsbury for nine figures requires a bigger leap of faith for reasons mentioned — injury history, age and lack of power. After all, Ellsbury could see a significant regression as his speed deteriorates, thus leading to some frustrating years toward the tail end of his next deal.

2) Despite the league being in a better place financially, teams appear less willing to dole out massive contracts now than they were three years ago. Not only has a make-it-rain method to free agency proven fruitless on a number of occasions, but we?re also coming off a season in which the Red Sox — a team that added multiple mid-level free agents last offseason — won the World Series. It seems that Boston?s approach has become somewhat of a model — not crazy spending sprees.

While it?s entirely possible that Boras will ultimately land the contract for Ellsbury that he so desperately seeks, it?s hard to imagine why a team would make such a sizable commitment with the benefit of hindsight. Crawford?s contract is grotesque, and teams shouldn?t be in any hurry to duplicate that disaster, despite how enticing the idea of adding ? or keeping, in the case of the Red Sox ? Ellsbury might be.

Then again, it only takes one team to overpay. So keep doing you, Mr. Boras. It is your job. 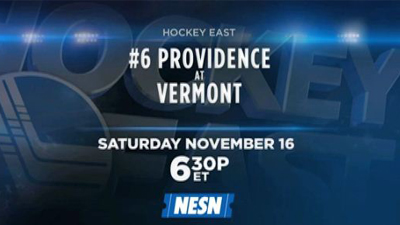