The Red Sox will probably still be linked to Carlos Beltran in 2030.

If you?re experiencing a sense of déjà vu this winter, you?re not alone. There were Beltran-to-Boston rumors in 2004, when he was a 27-year-old five-tool center fielder. And there were more rumors in 2011, when Beltran was a 34-year-old power-hitting corner outfielder seemingly locked in a dogfight with Father Time. Now, with the calendar about to flip to 2014, the aging slugger is still a desirable option for many teams, including the Red Sox.

But is Beltran a fit for Boston?

That?s the question the Red Sox are undoubtedly asking themselves as the hot stove continues to go from lukewarm to sizzling. The answer really depends on what else Boston has in mind this winter.

In a vacuum, Beltran would look good in a Sox uniform. While he?s no young pup — he?ll be 37 in April — he still has power, which is at a premium these days, and he?s a proven playoff performer with a competitive edge. Teams can?t win solely on the latter, but the 2013 Red Sox showed that there?s some value to having a cohesive team comprised of high-character players.

It?s difficult to pinpoint exactly how Beltran would factor into Boston?s 2014 mix, though. Ben Cherington stated earlier this offseason that the Red Sox would be open to moving Victorino to center field, where he played primarily until 2012, but the GM also noted that such a shift would only occur if a ?compelling opportunity? presented itself. The idea of Beltran in right field isn?t too compelling from a defensive standpoint.

In all likelihood, Beltran would play left field if he signed with the Red Sox, as right field at Fenway Park is no place for someone with diminished defensive tools, particularly range. Beltran?s minus-15.3 UZR (which is a defensive metric that estimates a fielder?s defensive contribution in theoretical runs above or below an average fielder at his position in that player?s league and year) ranked 18th among 18 qualified right fielders in 2013. For comparison, Victorino ranked second in the majors with a 25 UZR, and the average mark is established as zero. In other words, Beltran is not a very good defender.

Beltran playing left field would obviously have implications for Daniel Nava, Jonny Gomes and Mike Carp, who would all be jockeying for playing time in some capacity. Jackie Bradley Jr. would likely serve as the Red Sox? center fielder, as signing Beltran could accompany the end of Jacoby Ellsbury?s tenure in Boston. It?s reasonable to think that signing Beltran could also be a move to counteract the loss of Mike Napoli, who, like Ellsbury, is testing the free-agent market.

Beltran could be the Red Sox? everyday left fielder while some combination of Nava and Carp mans first base in 2014. Gomes would, in essence, be Boston?s fourth outfielder, although he?s pretty much restrained to left field. If this is the approach, then signing Beltran makes sense, as the Red Sox will absolutely need a middle-of-the-order presence to replace Napoli. Beltran is the best such option despite his position.

If Napoli re-signs with the Red Sox, however, the team?s pursuit of Beltran becomes more difficult to figure out. The Red Sox were very pleased with how their platoon situation in left field worked out in 2013, so scrapping that plan for 2014 seems like a leap. So does shifting Victorino to center field and plugging Beltran into right field. Not only are Beltran?s best days as a defender behind him (as mentioned), but Victorino?s defensive prowess is perfect for right field at Fenway Park. In fact, Victorino was relatively unimpressive when he did shift over to center field in 2013, although it was admittedly a small sample size.

Essentially, it boils down to this. Beltran is still an offensive force. He has slugged 56 home runs over the last two seasons, and is coming off a year in which he posted a .296/.339/.491 line to go with 84 RBIs. He?d be a nice addition to any lineup, even one as good as Boston?s, but he?s probably best-fitted for an American League club in which he can smoothly transition to DH at some point. (The Red Sox already have a pretty good one of those for at least 2014, and perhaps beyond.)

If Napoli signs elsewhere, signing Beltran makes much more sense, particularly if the Red Sox don?t plan to pursue first baseman Corey Hart or explore other external first-base options. If Napoli stays put, which the Red Sox should absolutely make an effort to ensure, Beltran represents somewhat of a strange fit despite his offensive skill. 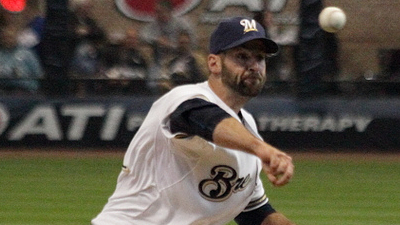 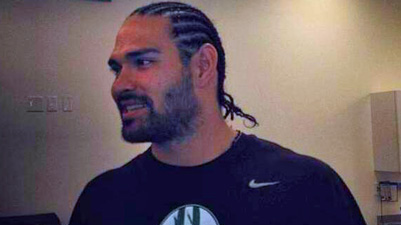