Final, Rockets win 109-85: So, Courtney Lee scored 17 points. As far as silver linings go for the Celtics, that was about it.

Lee’s 17 in his homecoming to Houston and Jared Sullinger’s 10 points and nine boards were all the Celtics (4-8) could hang their hats on in an awful all-around performance. The Rockets (8-4) outscored the Celtics in the paint 60-30, in the fastbreak 23-7 and led by as many as 35 points.

The Rockets shot 65 percent from the field through three quarters before coasting through the fourth. In losing their fourth consecutive game, the Celtics gave up 40 points in the first quarter and scored just 13 points in the third quarter.

Next up is an easy one — or not — against the defending Western Conference champion Spurs.

Fourth quarter, 5:58, Rockets 99-70: I have nothing to add anymore. It’s purely garbage time now, with Omri Casspi, Aaron Brooks and Donata Montiejunas running things for Houston. There’s even an Omer Asik sighting, and those only happen once every 45 years now.

MarShon Brooks is getting some burn as the Celtics ride out what will be their fourth straight loss. It’s not over ’til it’s over, but I feel comfortable saying this.

Fourth quarter, 8:45, Rockets 95-66: Avery Bradley is still chucking up shots, but the results have not been nearly as good as they were in Minnesota.

Bradley is now 5-for-22 from the field for 11 points, with zero assists and three turnovers. In case you’re not good at math, that means he has taken twice as many shots as points.

Dwight Howard and the Rockets have put together a pretty nice game’s worth of play in just three quarters. Howard, who is having a subpar season for him, has 10 points, 11 rebounds and three blocked shots so far. Terrence Jones has a game-high 20 points, while nobody on the Celtics has more than 11.

Still, Jared Sullinger is posting another relatively strong game for the second time in three games. The second-year forward has 10 points and nine rebounds while playing some decent defense. Perhaps the biggest plus for Sullinger is that he has committed only two fouls.

Third quarter, 2:38, Rockets 88-55: Jeff Green’s drought is over. After seven quarters, Green has his first basket.

Green, who now has a gaudy four points, has been a complete no-show tonight. His performance has nothing to do with the Celtics losing — honestly, no single player would be able to make up this entire deficit, aside from maybe LeBron James or Kevin Durant — but it is not encouraging for the Celtics that in their second straight game against a formidable foe, Green has not made an impact.

The Celtics’ deficit is up to 31 points after Patrick Beverley slices down the lane for a layup. Things have not gotten any better for the Celtics after halftime. They have been outscored 10-3 and the Rockets have just nine fewer points in the paint (38) than the Celtics have total points.

Third quarter, 9:38, Rockets 73-47: Avery Bradley is all over James Harden. It’s probably too little, too late, though.

Bradley hassled Harden into fumbling the ball, forcing Houston’s lead guard to go to the hardwood for the loose ball and to call a timeout to retain possession.

It’s a good thing Harden did that, too. The Rockets can’t afford to lose a crucial possession here. (As you hopefully can tell, that previous sentence is dripping with sarcasm.)

Halftime, Rockets 68-44: It took until the waning minutes of the first half, but the Celtics finally scored as many points as the Rockets … had scored in the first quarter.

The Celtics’ defense didn’t impress anyone, but the Rockets’ explosive offense had a lot more to do with their gaudy point total. Houston shot an insane 72 percent from the field and 57 percent from deep in the first half, while power forward Terrence Jones did not miss a single one of his eight shots en route to a game-high 17 points.

Courtney Lee still leads Boston with 10 points, but if you really want to see a Celtics fan cry, show them the plus/minus figures. Avery Bradley is minus-29; Jordan Crawford is minus-23. Jeff Green, who has taken three shots and committed two fouls, is scoreless and minus-20.

The Rockets are dominating in fastbreak points 19-1 and on points in the paint 36-12, but the amazing thing is that they have done so while taking only 36 shots. Meanwhile, the Celtics have taken 52 shots.

The Celtics have taken 16 more shots — and are losing by 24 points.

Second quarter, 2:31, Rockets 57-38: The Rockets’ token defense is helping the Celtics pad their stats without making any real headway. Brandon Bass dribbled up the court — yes, that Brandon Bass — stopped at the free throw line and just fired up an uncontested jump shot, which he made.

Courtney Lee has also capitalized on the fast pace and the lack of defense to score 10 points off the bench. He now has the Celtics’ high. Lee is well behind Terrence Jones, though, the Houston forward who is a perfect 7-for-7 from the field.

Second quarter, 5:19, Rockets 52-29: Give Jared Sullinger brownie points for being aggressive, even if the results have not been great.

Sullinger has taken the ball straight at defensive beast Dwight Howard multiple times, and though he’s just 3-for-8 from the field, Sullinger is at least trying. He also has five rebounds.

The Celtics need somebody other than Avery Bradley to be aggressive on offense, so Sullinger’s play is appreciated. Bradley has taken 12 shots (although he’s hit only three), and with half the second quarter gone, Green has taken only two shots in this game.

Second quarter, 8:54, Rockets 45-21: Somebody tell the Celtics it’s OK to score in the first few minutes of quarters.

It took two minutes and 46 seconds for the Celtics to score their first points of the second quarter on a wing 3-pointer by Courtney Lee. Keith Bogans, the seldom-used veteran, has also made an early appearance for the Celtics.

Bogans’ entry doesn’t mean Brad Stevens is waving the white flag just yet, but it’s about as strong an early indication as one gets.

End of first quarter, Rockets 40-18: Everybody knows the Rockets love to run, but this has been crazy.

The Rockets have 15 fastbreak points. The Celtics have none. On a related note, 22 of the Rockets’ 40 points have come in the paint, because fastbreak dunks and layups happen in the paint.

For such an awful start, the Celtics have to be somewhat happy with “just” behind down by 22 points. They should be happy they even scored at all. But there’s no sugarcoating how dominant the Rockets were in the first quarter, when they shot 80 percent from the field and 71.4 percent from three. Brad Stevens needs to figure out some adjustments, fast, because his team is on pace to lose by 88 points.

First quarter, 3:54, Rockets 26-14: Avery Bradley finally broke the drough at the 6:46 mark, hitting a jumper to finally put a Celtics field goal in the scorebook.

Naturally, Jordan Crawford came down the court on the next possession and jacked up a three.

Crawford hit that shot, and the Celtics actually have outscored the Rockets 13-8 since Bradley’s jumper, but the Rockets are still controlling the tempo and the game. Jeremy Lin, the Rockets’ surprisingly strong reserve guard, has entered the game for his first look at new-look Boston.

We had a feeling this one could get ugly. We just didn’t think it would get there so soon. Dwight Howard already has two blocks, Terrence Jones has three rebounds and the Rockets are off and running.

Brad Stevens has to take the ridiculously early timeout to hash things over — and implore his team to maybe, possibly try scoring at least one basket.

7:34 p.m.: Omer Asik, the Rockets’ starting-center-turned-starting-power-forward-turned-backup-center-turned-DNP, wants out of Houston. Could he be Boston-bound?

Probably not. Despite Hosuton’s desire to trade the 27-year-old big man, his limited offensive game and $8.4 million price tag is hardly attractive to the rebuilding Celtics. And while the Rockets wouldn’t mind having Rajon Rondo in their backcourt with James Harden, Jeremy Lin hasn’t been a bad running mate lately.

Asik, who hasn’t played in the last two games, is available against the Celtics but there is no indication whether he will play.

7:06 p.m.: James Harden may be the best shooting guard in the NBA, but his atrocious defense has not done the Rockets any favors.

Harden is not just bad defensively. At times, he plays defense like he doesn’t even care. That’s a big difference from Patrick Beverley, who is small but pesky, and Jeremy Lin, who is slow but determined.

Unless Avery Bradley really ate his Wheaties this morning, Harden should be a safe bet to get around 30 points tonight. The Celtics would be best off treating that as a given. But whereas the Celtics can’t stop Harden from scoring, they can contain his ability to create shots for teammates with his stellar passing — as well as expose his lack of desire at the other end.

8 a.m. ET: Dwight Howard and the Rockets got off to a shaky start, but it looks like they have more or less figured things out. The league’s highest-scoring team is clicking, and the Celtics are coming to town at just the wrong time.

The Celtics (4-7) have lost three straight games. Judging by the way the Rockets (7-4) are playing, the Celtics will have a tough time avoiding consecutive loss No. 4. The Rockets are in the top five in the NBA in points, 3-pointers, rebounding and blocked shots. Howard, although inconsistent on the defensive end, at least hasn’t slowed down an offense that fired on all cylinders last season.

James Harden will test Avery Bradley like no one else the Celtics’ defensive ace has faced. Ricky Rubio could pass and Damian Lillard could score, but neither of those excellent guards do so as well as Harden. At least Harden’s defense is terrible. 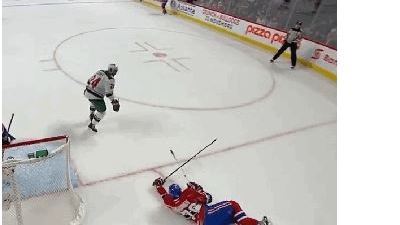 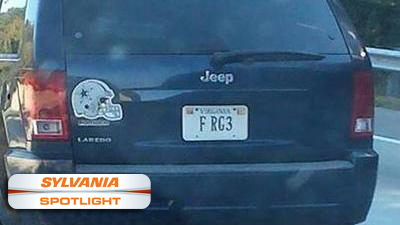