Celtics fans have left no doubt as to what they want from their team this season when they have encountered Danny Ainge on the streets of Boston. Let’s just say, a lot them are not unhappy about the Celtics’ 0-4 start.

So it was not surprising, in the wake of an ESPN The Magazine article in which an anonymous NBA general manager admits his team is tanking to get a high draft pick, that so many Celtics fans guessed — hoped? — that the executive in question was Ainge. No matter that last-place finishes for the Celtics did not work out as planned in 1997 or 2007 — these fans want blood. Their own team’s blood, that is.

If fans of the tank are reading between the lines, however, they may not be reading deeply enough. There are actually far more hints within the brief article that Jeff Goodman‘s source is not Ainge, and most of them are not all that subtle.

Some of the most glaring statements by the mystery G.M. are highlighted below.

“This draft is loaded. There are potential All-Stars at the top, maybe even franchise-changers.”

If Ainge said this to Goodman, then his opinion of the 2014 draft class has taken a 180-degree shift in a matter of months. On draft night last June, Ainge called the upcoming draft class “top-heavy,” and he told Sports Illustrated just last month that he doesn’t see a player “out there to change your franchise forever.” Seeing as not a single meaningful college game has been played since then, it’s hard to believe Ainge’s position has changed so drastically in so little time.

“I know that sounds crazy, but if you’re an NBA general manager like me …”

It’s a minor detail, but Ainge is not a “general manager.” His official title is “president of basketball operations,” and although he doesn’t walk around referring to himself by that lengthy title, I also cannot recall a time in the past three years when he referred to himself as “general manager,” either.

“You need superstars to compete in this league, and the playing field for those guys is tilted toward a few big-market teams. They are demanding trades and getting together and deciding where they want to go in free agency. It’s tough for us to compete with that. So a high lottery pick is all we have.”

In the NBA’s hierarchy, the Celtics are a “big-market” team. They may not be a destination on par with Los Angeles, New York or Miami, but Ainge himself has credited Celtics ownership for being willing to pay the luxury tax in years they feel the team is capable of competing for a title. A high lottery pick might be expedient, but it is not “all [the Celtics] have.” Ainge either didn’t say this or he was being slightly disingenuous.

“We obviously traded away some of our veteran guys who gave us a better chance of winning right now for future draft picks and young players.”

This sort of sounds like the Celtics — but not entirely. While the Celtics did trade away some “veteran guys” like Paul Pierce, Kevin Garnett and Jason Terry this summer, they did not technically get back “draft picks and young players.” Their haul from the Nets and Clippers (as compensation for Doc Rivers) consisted of four draft picks, a bunch of veterans and only two players who can fairly be labeled “young”: MarShon Brooks and Kris Joseph. Brooks hasn’t played much, and his contract option for next season was not picked up. Joseph was let go almost immediately. This sounds little bit more like the Milwaukee Bucks, who gave up veteran guards Brandon Jennings and J.J. Redick, let Monta Ellis leave in free agency and acquired Brandon Knight, Khris Middleton and two second-round draft picks in their busy offseason.

So if Ainge isn’t ESPN’s mystery man, who is it? The Bucks were already mentioned. The Suns, guided by former Celtics assistant G.M. Ryan McDonough, also made some moves this offseason that were clearly intended for the future. It’s not the 76ers, though, since the unnamed G.M. raises the Sixers as an example when he says “we’re not alone” in tanking.

The Magic and Jazz are also taking part in the race to the bottom, although the Jazz didn’t trade anybody of consequence — Al Jefferson and Paul Millsap signed elsewhere as  free agents — and they acquired old players with expiring contracts, not young or promising ones, along with a trade exception in the trade they did make. The Magic’s last significant move was trading Redick for Tobias Harris at last season’s trade deadline; no draft picks were exchanged.

Unless Ainge were to actually admit he was tanking and that he offered the scoop to ESPN — scenarios nobody should hold his breath waiting for — the mystery G.M. will remain just that. But just because Ainge wasn’t the source doesn’t mean his mindset isn’t similar. More than anyone connected with the team’s day-to-day operations, Ainge has been up front about his feelings that this is a rebuilding year for Boston. He’s not delusional. He simply prefers to keep his thoughts on such matters out of print.

Jarrod Saltalamacchia ‘Absolutely’ Has Future With Red Sox, According to John Farrell 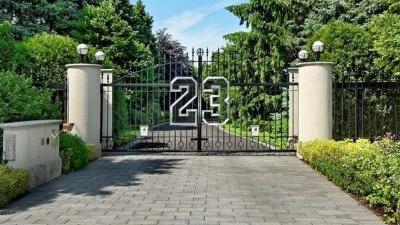