The focus of the NFL is trapped in Miami this week, and not because of the team’s landmark win over the Bengals either. But even with Richie Incognito and Jonathan Martin dominating the headlines, there was plenty else that happened across the league in Week 9.

The Packers won the injury “Woe of the Week” award as Aaron Rodgers fractured his collarbone in Monday night’s “backup bowl” loss to the Bears. The Patriots were on the other end of the pain scale this weekend, following up their comeback against the Dolphins with an absolute rout of the lowly Steelers. Elsewhere, the Chiefs kept their undefeated dream season alive, eking out a win against the Bills. The Jets found another miraculous way to win. The Chargers found another way to choke. And Andrew Luck just continued to amaze.

The parity continues to permeate across the league, too. Through nine weeks, 18 teams are at or above .500 on the season with two others just under that line. Meanwhile, a staggering 23 teams still have realistic postseason hopes. There are just not enough great teams this season — Kansas City, Denver, Seattle and New England are the only ones five games or more above .500 — and an overwhelming slew of the mediocre. But that doesn’t mean it will stay that way.

There’s plenty to sort through from the week that was, so here are 10 thoughts from Week 9.

1. Brady’s deep ball getting better — The Patriots became just the third team in NFL history to score 55 points and gain over 600 yards of offense on Sunday (2000 Rams and 2009 Patriots), and Tom Brady was a major reason behind that success. Brady actually looked like his old self for maybe the first time this season, and the biggest change might have come in the accuracy of his deep ball.

Brady was completing just 30 percent (29th) of his passes of 15 yards or more through the first eight games this season. On Sunday, the two-time MVP had a miraculous turnaround in that department, going 8-for-12 on passes of 15-plus with 290 yards and all four touchdowns coming on those tosses — only two scores prior. The return of Rob Gronkowski and Danny Amendola, as well as the emergence of Aaron Dobson could have something to do with that, but Brady just seems more comfortable overall, which could mean serious danger for the rest of the NFL.

2. Lacy can keep the Packers afloat — There is no replacing Aaron Rodgers. Even if the Packers had their choice of any quarterback not named Manning, Brees or Brady right now, things might be okay but they still wouldn’t be the same. There is no timetable for Rodgers’ return just yet, but a broken collarbone — albeit in his non-throwing shoulder — should sideline him for at least a month. That means the Packers will need to look elsewhere for their offensive production.

Fortunately, Green Bay was wise enough to draft Eddie Lacy in the second round of the draft this season, and he’s proven to be one helluva steal so far. Lacy has the most rushing yards (545) in the NFL since Week 5  — when he returned from his concussion — and looks like the second coming of Marshawn Lynch. Relying on a rookie to carry the load certainly isn’t ideal, but he’s proven more than capable of doing so thus far.

3. Learn the name — T.Y. Hilton has been a stud for the Colts this season. He isn’t Reggie Wayne and won’t fully account for the Pro Bowler’s production, but Andrew Luck really seems to like him, especially down near the goal line. Hilton, in just his second NFL season, has posted 34 catches, 533 yards and five touchdowns, which leads the Colts, this season. His three touchdowns in the second half on Sunday night were proof enough of Luck’s trust, and he seems primed to continue that budding bond in the second half of the season.

4. Carolina’s D is better than KC’s  — Much has been made about the Chiefs’ defense this season, and deservedly so. Allowing fewer than 17 points in nine straight games en route to a 9-0 start isn’t just impressive, it’s downright dominant. While they have the wins and numbers — No. 1 in sacks (36) and points against average (12.3 per game) — to substantiate their case, so too do the Carolina Panthers.

The Panthers are just a shade behind KC in points allowed (13.1), but they rank ahead of the Chiefs in total yards allowed — 299.9 per game (3rd) to KC’s 326.9 (8th) — and rushing yards allowed — 79.1 (2nd) to KC’s 118.6 (24th). The Chiefs (3rd) are allowing fewer passing yards per game than the Panthers (10th) but only by 12 yards per game (208.3 to 220.8), which is the equivalent of about two passes. The only number that really sets the Chiefs apart from the Panthers at this point is their nine wins versus Carolina’s five. But the Panthers are on a four-game winning streak, and two of their three losses came by a combined six points. So, it’s not as if they’re that far behind either.

5. Foles has as many TD passes as Brady — Seven touchdown passes in one game is an anomaly for any quarterback, especially one who didn’t begin this season as a starter. Nick Foles became just the third quarterback in NFL history to accomplish the feat on Sunday, airing out a baker’s half-dozen of touchdowns against the Raiders’ defense. Only Peyton Manning (Week 1, 2013 vs. Baltimore Ravens) and Y.A. Tittle (1962 vs. New York Giants) had managed the feat before, putting Foles in some pretty elite company. In fact, in his four-week showcase, he’s already outgunning a quartet of Super Bowl winners.

Sunday’s game marked Foles’ fourth start and fifth game of the season. He’s been so good that he currently ranks second in the NFL in Total QBR (75.7) behind only Manning. He also has thrown more touchdowns than Ben Roethlisberger (12), Eli Manning (10) and Joe Flacco (10) this season, as well as the same amount as Brady despite playing in three or four fewer games than each of them. The small sample size could just be a mirage, but at this point Foles looks like the real deal.

6. Why teams don’t need a Chris Johnson — Let’s just call it the “Zac Stacy theory,” but it seems that having one big-money, feature running back is becoming less and less important. Unless you’ve got Adrian Peterson, Marshawn Lynch or Jamaal Charles in your stable, it’s almost silly to pay top dollar for a halfback. Maybe I’m unnecessarily singling out Johnson, but he seems to be the most likely of the high-priced vets to get the axe this offseason.

Johnson actually had his best day of the season on Sunday, pounding out 20 carries for 150 yards and two touchdowns, but even so he still ranks outside of the top 10 (12th) in rushing yards (516) and outside of the top 30 (31st) in yards per carry (3.7). Meanwhile, Rams rookie Zac Stacy and Buccaneers rook Mike James have both been outproducing Johnson over the past few weeks. Both Stacy and James are averaging 4.6 yards per carry this season, albeit on fewer carries than Johnson — 138 to Stacy’s 103 and James’ 55, but they’re also doing it on far cheaper contracts, too.

The Titans are paying Johnson $10 million this season for his mediocre production, meanwhile Stacy and James are both making right around $400,000. It’s no wonder teams are hesitant to pay productive backs the big bucks when you can find fifth- and sixth-round guys who can produce just as well.

7. Case closed in Houston — The final score didn’t do exactly justify his effort, but Case Keenum locked up the Texans’ starting quarterback job on Sunday night. Keenum out dueled Luck for most of the night, completing 20 of 34 passes for 350 yards and three touchdowns, and he gave Pro Bowler Andre Johnson new life in the stagnant Texans offense. Matt Schaub is still owed about $36 million over the next three seasons, but the Texans could escape with minimal cost if he’s cut this offseason. That seems more and more likely as Keenum continues to emerge as a legitimate option at quarterback.

8. Chargers still lack killer instinct — Philip Rivers did all that he could, but the Chargers still were unable to score the game-winning touchdown from the one-yard line on Sunday. Instead, the Bolts had to settle for the tying field goal and eventually lost in overtime. That marks the second time this season that the Chargers lost on the final play of the game, with the other coming against the Texans in Week 1. The loss also means that three of the Chargers’ four losses this season have been clinched in the final 15 seconds of the game. Rivers isn’t solely to blame, nor is the defense, but the Bolts need to figure out a way to close out should-be wins or else they’ll wind up outside of the playoff picture looking in once again this season.

9. AP can’t do it all alone — It might seem like Adrian Peterson can put the team on his back, and he can — sorry, Greg Jennings — as he proved last season but he also can’t do it entirely alone. Peterson was finally given the appropriate amount of touches this week, carrying the ball 25 times for 140 yards and one score, but the Vikings did little else to help him. Christian Ponder was surprisingly decent for once, completing 25 of 37 passes for 236 yards, one touchdown and only one interception, but the defense couldn’t hold up their end of the bargain, allowing the Cowboys to score the go-ahead touchdown with 35 seconds left. A game-tying field goal wasn’t an option either as Blair Walsh botched the extra point on Peterson’s 11-yard touchdown run just minutes before. And even after AP helped get them into range for one last Hail Mary heave from the 49-yard line, Ponder still came up about five yards short of the end zone —  how can a NFL quarterback not throw a pass 50 yards, inside a dome no less.

Here’s a photo of Ponder’s miserable attempt. Props to my buddy @PFF_Pete for it. 10. Dallas needs more DeMarco — I wrote about DeMarco Murray in this column two weeks ago, confused as to why he was rumored to be on the outs. Two weeks later, I still don’t understand the Cowboys’ play here. Murray had three carries for 31 yards  and four  receptions for 13 yards in the first half on Sunday, but he touched the ball just three more times the rest of the way as Dallas went almost entirely away from the run game and Murray, which is mind boggling.

While he missed two game because of injury, Murray has been as reliable as any back in the NFl when on the field this season. He ranks second in the league in yards per carry (4.8), trailing only Washington’s Alfred Morris (5.2). He also has 30 catches to his name this season, which is the eighth most among running backs. It seems the Cowboys are averse to feeding Murray for some strange reason, even though their offense clearly runs more efficiently when he’s being featured. I guess we can chalk this one up as a classic Jerry Jones head-scratcher. 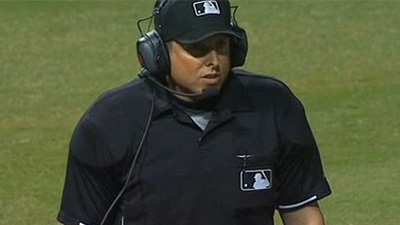 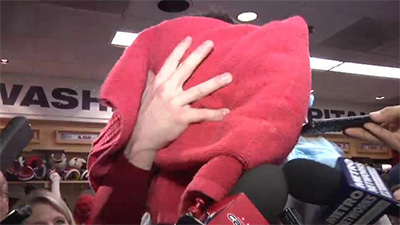