Gerald Wallace Hates 'Cool' And Other Impressions From Celtics' Loss to Bobcats - NESN.com Skip to content BOSTON — Gerald Wallace likes to play with his kids, and when he does, he throws ‘bows. When he learned he was traded this summer, he was playing cards with his family. His trophy room includes loads of memorabilia — other people’s memorabilia.

In other words, Wallace has little interest in projecting a public image as a suave high-roller. He’s a little weird as a professional athlete in that he’s mostly a regular guy.

And, as a regular guy, he certainly doesn’t worry about looking “cool” on the court.

If the veteran forward has not made that obvious with his play in his short time with the Celtics, he came right out and said it on Wednesday. With the Celtics galavanting into TD Garden on a four-game win streak, the Bobcats scrapped and clawed to an 89-83 win that forced the Celtics to reassess everything that had gone right for them in the last week.

The Celtics chilled their way to 37.7 percent shooting from the field and a 14-8 deficit in second-chance points. The Bobcats, who entered Wednesday’s game on a two-game losing streak after opening the season with three wins in their first five games, looked hungrier — and the only thing that would satisfy their hunger was orange leather spheres.

“That’s one of the hardest-playing teams we’ve played this year, so it’s good to show us now how hard we’ve got to play,” Jordan Crawford said. “They beat us with effort. They beat us on the loose balls, all the rebounds and they started off better, so it’s not really one to throw away. It’s one to look at and see what we can get better from.”

Until Wednesday night, the Celtics actually were considered pretty cool around Boston. Fans were talking about the team’s four-game win streak and how this scrappy club is not content to just sit back and wait for a high draft pick to come save it next June. Now, the Celtics are a bit less cool. Nothing is cooler than winning, and nothing is more uncool than losing to the Charlotte Bobcats.

The schizophrenic nature of Crawford’s game continued in earnest against the Bobcats, but the quickness with which he snapped back and forth between Good Steez and Bad Steez could have given Brad Stevens whiplash on Wednesday.

Crawford burst out of the gate looking like his Wizards-era self, jacking up bad shots and missing five of the first six field goals he attempted. Crawford did record four assists in the first half, but Stevens has made it clear that he cares less about statistics and more about how the game is being played. Early on, Crawford was not playing the game well, and the Celtics suffered as a result.

As he tends to do, though, Crawford came back with a stretch of solid play that helped the Celtics pull back within striking distance. He scored eight points in the third quarter and five more in the fourth quarter, including an and-one runner with 32.5 seconds left to cut Boston’s deficit to two points.

There has never been any doubt that Crawford can play. As the Celtics hitch their point guard wagon to Crawford, however, they are learning that it is much harder to get Crawford to consistently play under control. The only guarantee is that when he is on the court, the game is never boring.

All things considered, 2012-13 was probably Courtney Lee‘s worst season in the NBA. The sixth-year pro has been up front about how disappointed he was with his play last season, when he came to Boston via a summer sign-and-trade believing he could be one of the missing pieces in the Celtics’ championship puzzle.

A championship is now beyond the reach of Lee and the Celtics, most likely, but he can finally say he is no longer a drain on the green and white. By scoring 10 points in Wednesday’s game, Lee has now reached double-digits in three of the last four games. Even in games when he hasn’t scored much, Lee has contributed in other ways with his defense and by pushing the tempo alongside Wallace and backup point guard Phil Pressey.

That doesn’t mean Lee was in a mood to talk about his improved play after Wednesday’s loss.

“It’s a team game, man,” Lee said, clearly not keen on addressing his individual performance after a loss. “We’re just out there playing for each other, finding each other in the right spots and luckily I’m knocking down shots. That’s all.”

Lee may not want to talk about it, but his uptick in production cannot be overlooked after the Celtics’ recent turnaround. He is shooting a career-best 56 percent from the field and is averaging 8.4 points per game. His offensive rating of 116 points per 100 possessions is second-highest on the team, after Crawford, and his 102 defensive rating would beat his previous career low from 2008-09, when he played a key role as a rookie in the Magic’s run to the NBA Finals.

Celtics Troubled by Lackadaisical Effort Against Bobcats, Vow to Turn Up Intensity in Future 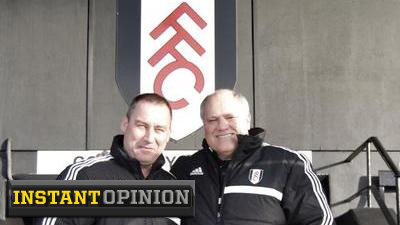