Gordon Hayward Better Than Brad Stevens Remembers and Other Impressions From Celtics' Win Over Jazz - NESN.com Skip to content BOSTON — It says a lot about the Celtics this season that they cannot afford to keep Jordan Crawford on the bench.

Wizards coach Randy Wittman, who soured on Crawford so much that Washington was willing to trade him for a veteran center who would rarely play (Jason Collins) and a veteran guard who wouldn’t play for the Wizards at all (Leandro Barbosa) last season, must be looking on and shaking his head. Crawford is now an indispensable piece of Boston’s backcourt — whatever that means.

Crawford moved into the Celtics’ starting lineup by necessity on Wednesday. The starting backcourt tandem of Avery Bradley and Jeff Green did not handle the ball well enough for the Celtics to effectively run coach Brad Stevens‘ offense, directly contributing to the team’s 0-4 start. So Stevens made the switch, to the consternation of Gerald Wallace, who was bumped out of the starting five. And the Celtics won.

“I did all right,” Crawford said. “My team did a good job of helping me. They were making great plays, too. It wasn’t just me. They made a great effort.”

Crawford had seven points, four assists and no turnovers in his first start of the season, playing what his coach described as a dual point guard role with Bradley. In fact, Crawford and undrafted rookie Phil Pressey played much more actual point than Bradley, who went to the bench early due to ineffectiveness when the Celtics fell behind by 13 points in the first quarter.

Crawford and Pressey, who scored his first NBA basket and also played a turnover-free game, were vital to the Celtics building a 25-point lead they would only barely protect in the fourth quarter.

Through five games, Crawford is averaging 9.2 points, 3.0 assists and just one turnover per game. If those statistics don’t seem impressive, consider his numbers per 48 minutes: 21.5 points, 7.0 assists and 2.3 turnovers per game. That’s All-Star quality stuff in a small-time role. Not even Wittman could ask for anything better than that.

While Brandon Bass made a series of big shots for the Celtics in the fourth quarter, Gordon Hayward did just about everything — except win — for the Jazz in the clutch. The fourth-year swingman had the ball in his hands on every Jazz possession and forced the Celtics to play to the end for their first victory.

Hayward’s final line was 28 points, nine rebounds and five assists, but the box score didn’t do his performance justice. He played the entire fourth quarter, scoring eight points, nabbing five rebounds and dealing out three assists without a turnover. He added a steal, which led to a layup during Utah’s fourth-quarter comeback, to boot.

“He’s a lot better than when I coached him,” said Stevens, who was Hayward’s coach at Butler. “Man. And he was good when I coached him. I thought he was the best player in college at the time, and man has he improved.

“I’m proud of him. Again, I can’t tell you what that feels like, because I was there when he was a puppy, when he was in junior high school and he was a good tennis player and nobody was recruiting him. It was like, ‘You think we should offer that guy a scholarship? Nobody’s looking at him. Nobody’s even in the building.’

“It was probably a good decision, in retrospect. He’s awfully good.”

Streamers fell from the rafters. Somebody brought out a cigar, a la Red Auerbach. A commemorative banner was unfurled beside the 17 championship curtains at TD Garden to mark the accomplishment.

Precisely none of this happened after Stevens earned his first NBA coaching win on Wednesday. Celtics co-owner Wyc Grousbeck made sure to save the ball, probably to get it inked up as a souvenir, but Stevens refrained from whipping out the ski goggles and the magnum of champagne.

“You know, I’m going to celebrate for a whole 12 minutes and then I’m going to start watching Orlando and trying to figure them out,” Stevens said.

His players were a bit more congratulatory, but not much. Everybody understood that Stevens came to the NBA not to get one win, but many wins — and that being 1-4 on the season is a lot less fun if it only leads to being 1-5.

“I’m happy for him,” Jeff Green said. “We tried to get it a couple games ago, but we didn’t finish it out. I think it’s a lot of relief off his shoulders to finally get that win. Now, let’s try to get two.”

The Celtics’ next opponent is the Magic, who are off to a surprising 3-2 start after knocking off Doc Rivers‘ Clippers on Wednesday night. After that is a visit to Miami to face LeBron James and the Heat. So, yeah, it was kind of big for the Celtics to get that elusive win against the Jazz. Who knows when their next opportunity at a “W” might be?

Brandon Bass, Celtics Learn From Losses Past to Pull Out First Win of Season Over Utah Jazz 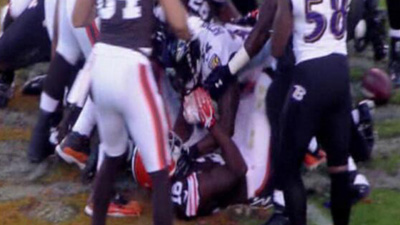