Houston Scores 109 Points Without Really Trying and Other Impressions From Celtics' Loss to Rockets - NESN.com Skip to content Another four-game streak is in effect for the Celtics, and this time it does not look like it will be over soon. If Tuesday’s defeat and the upcoming schedule are any indication, the Celtics’ fortunes could get worse well before they get better.

The Celtics gave up 109 points to the Rockets, which wasn’t necessarily the worst thing. The Rockets, after all, possess one of the NBA’s most unstoppable offenses. They are second in points scored, second in 3-pointers attempted and sixth in field goal percentage, while playing at the league’s sixth-fastest pace. Holding the Rockets to 109 constitutes a perfectly average performance, since that almost exactly matches their average 108.8 points per game.

But the Celtics were devoid of bright spots, because while 109 might not be an outlandish number, it happened with the Rockets mostly coasting through the final quarter after building an insurmountable lead through the first three.

“We’re letting one end [of the court] affect the other,” Celtics coach Brad Stevens said, “and you don’t do that on good teams.”

The Celtics gave up a season-high 40 points in the first quarter while watching the Rockets sprint ahead by 22 points. They then sat back and watched the deficit grow, first to 24 points at halftime and then to 35 points during a third quarter in which Boston mustered only 13 points of its own. The Rockets were within one made basket of shooting 75 percent from the field in the first half.

If Stevens really was encouraged by his team’s play in the fourth quarter, as he said he was, it was only because the Rockets let him be. A motley unit led by Donatas Montiejunas, Francisco Garcia and Aaron Brooks let up enough to let the Celtics’ bench-heavy lineup whittle seven points off the final deficit, for what that was worth. Courtney Lee managed to pump in 17 points in his return to Houston, but neither he nor the Celtics seemed very enthused about it.

There is no easing up in the schedule, either. The Spurs await Wednesday and the Pacers head to TD Garden on Friday, before an intriguing group of Hawks welcomes the Celtics to the Highlight Factory on Saturday. This current skid could make the season-opening four-game drought look like a party for the Celtics before it’s done.

With the Celtics in need of a go-to scorer in Minnesota on Saturday, Avery Bradley stepped up. Known for his defense, Bradley jacked up 23 shots and scored 27 points, offering the Celtics reason for optimism in their budding two-guard despite the loss.

Then along came Tuesday’s game, and the real Bradley may have reappeared. Bradley was just as aggressive in looking for his own shot against the Rockets, but the results were not as beneficial. Bradly was 5-for-22 from the field for 11 points, handing out zero assists and committing three turnovers. Between Bradley and Jordan Crawford combined, Boston’s starting backcourt shot 6-for-30 and had four assists and six turnovers.

No one can say Jared Sullinger is intimidated by a little 6-foot-11, 240-pound shot-blocking monster. Despite giving up a couple of inches to Dwight Howard, Sullinger used his heft to body up the Rockets’ big man and ended up posting a fairly nice statistical line for himself. Sullinger came within one rebound of a double-double with 10 points and nine boards.

Sullinger’s numbers weren’t bad considering Howard turned away three Celtics shots in the opening minutes and looked like he might have a few more swats before the night was over. Instead, Sullinger’s aggressiveness, Howard’s evolving indifference and the wide margin cut down on Howard’s efforts to protect the rim.

No such thing as garbage time

A funny sight materialized at the Toyota Center with 6:49 remaining in the game. Omer Asik, who had not played in Houston’s last two games, subbed in, finally.

This has been a stunning fall for the Rockets’ one-time starting center. Coach Kevin McHale tried Asik at power forward alongside Howard for a few games, but that didn’t really work, and since then Asik’s minutes as a backup center have dwindled to nonexistent. But while Asik may have viewed those minutes as garbage time, for the Celtics, there was no garbage time.

Even in a wide loss, the Celtics used the final quarter as a chance to get some lesser-used players some official burn and to build something, anything positive for their team to take away from the game. Say this for Lee, Phil Pressey, Kris Humphries, Keith Bogans, Kelly Olynyk, Vitor Faverani and MarShon Brooks: They were not utterly horrible.

“A lot of the things that are going through my head [in the first quarter, down 22] are big-picture things, long-term things, later-tonight things, tomorrow things,” Stevens said. “How to use this to best move forward in a positive manner, which is not easy. Guys can take it one of two ways. When adversity strikes, you can go inward or you can come together, and the most encouraging sign was, in the last quarter, we played pretty well.”

The Celtics shot 40.9 percent in the fourth quarter and outscored the Rockets 28-21. Lee and Olynyk each scored seven points in the frame, while Humphries had six rebounds and blocked two shots. The Celtics also did not commit a single turnover, while the Rockets committed four.

Don’t let anyone say we never send you off on a happy note. 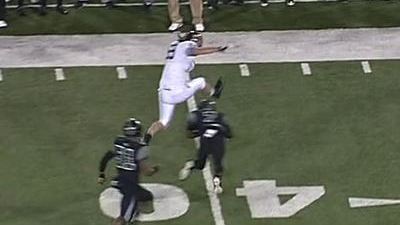