Jarrod Saltalamacchia is coming off his best season as a major leaguer. It came at the right time for the 28-year-old catcher.

Saltalamacchia hits free agency on the heels of both a solid season and a World Series title for the Red Sox. The Sox did not extend Saltalamacchia a $14.1 million qualifying offer — as they did with fellow free agents Jacoby Ellsbury, Mike Napoli and Stephen Drew — but could absolutely still consider re-signing the veteran backstop. In fact, the Red Sox reportedly reached out to Saltalamacchia?s camp Monday after he noted earlier in the day that he was surprised by the two sides? lack of dialogue.

In any event, offensively gifted catchers are a rare breed, and Saltalamacchia certainly fits that mold. It remains to be seen just how interested the Red Sox are in re-signing Salty, but it?s reasonable to think that there will be discussions in the coming days, weeks and/or months.

Saltalamacchia continued to develop a good rapport with the Red Sox? pitching staff throughout 2013, while also becoming one of Boston?s clubhouse leaders. This, along with his bat, helped compensate for Salty?s defensive shortcomings.

The postseason wasn?t kind to Saltalamacchia despite his walk-off RBI single in Game 2 of the ALCS. He hit just .188 (6-for-32) with 19 strikeouts, and was eventually benched in favor of David Ross for Games 4, 5 and 6 of the World Series.

Saltalamacchia?s biggest asset has always been his bat, particularly his power. And while Saltalamacchia hit 11 fewer home runs in 2013 than he did in 2012, he more than made up for it with his much-improved plate discipline and his ability to drive the gaps for extra-base hits.

Saltalamacchia?s 40 doubles ranked sixth overall in the American League and second only to Yadier Molina among major league catchers. His 54 extra-base hits were also second among catchers, and his .804 OPS ranked sixth among big league backstops with at least 400 plate appearances — even higher than fellow free agent catcher Brian McCann (.796).

Most of the Red Sox? pitching staff looked comfortable pitching to Saltalamacchia in 2013. His 3.86 catcher ERA marked the lowest of his career and the lowest by a Red Sox catcher since Varitek?s 3.66 mark in 2008.

At just 28 years old, Saltalamacchia also has youth working in his favor.

If there?s a flaw in Saltalamacchia?s offensive game, it?s the high strikeout total. Salty has a very long swing at times, and it led to him matching his career-high with 139 punchouts in 2013.

Saltalamacchia’s 29.6 percent strikeout rate ranked ninth-worst among all major leaguers with at least 400 plate appearances in 2013. He finished second only to Toronto?s J.P. Arencibia (148) in strikeouts among catchers.

Then, there?s Salty’s defense. Saltalamacchia threw out just 21.2 percent of base stealers in 2013 — second-worst among qualified catchers — and is generally considered a below-average defender.

The market for Saltalamacchia is an interesting one.

There are teams that need catchers, but the market is surprisingly deep. McCann, A.J. Pierzynski, Carlos Ruiz, Dioner Navarro and John Buck are among the other veteran options available. McCann is obviously the cream of the crop, but the surplus of alternatives means that teams might not get too desperate.

Saltalamacchia, who turns 29 in May, offers some youth that the aforementioned catchers can?t, and that?ll likely be hammered home during negotiations. Beyond McCann, who could potentially land a deal in excess of $100 million, Saltalamacchia is the best catcher available in free agency.

If the Red Sox move on from Saltalamacchia, it seems likely that they?ll do so with a combination of Ross and Ryan Lavarnway, who showed improvement in 2013 after seeing his stock drop significantly in 2012. The Red Sox also have the likes of Blake Swihart and Christian Vazquez coming up through the system — with Vazquez closer to being big league ready — so they wouldn?t exactly be crippled by Salty?s departure. Boston would, however, be a better team in 2014 with Saltalamacchia behind the plate — unless McCann joins the mix.

?At the end of the day, it?s really not up to me. It is and it isn?t. Yeah, I want to go back there, but if the Red Sox aren?t willing to make an offer, I can?t really make them make an offer. I?ve always said that if it?s close, yeah, my decision is going to be Boston. That?s where my ties are and that?s where I want to be. But that?s not my decision.?

Saltalamacchia signs a four-year, $40 million contract with the Phillies

The Red Sox will probably dive deep into the idea of re-signing Saltalamacchia — as they should — but the catcher’s price tag (especially the length of the deal) could ultimately become too much.

The Yankees and Rangers are two prominent teams that need a catcher, but McCann is sitting out there and it doesn’t sound like Salty left Texas on the best terms. The Phillies will have a need if Ruiz walks away this winter. 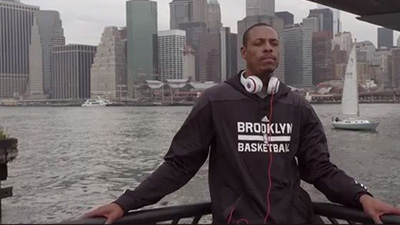