John Clayton really does know how to rock.

The senior writer from ESPN.com starred in an epic commercial last year where he wrapped up a segment in his bedroom, ripped off a clip-on suit collar, unleashed a mean pony tail and yelled down to his mother to let her know he was done with his segment — all while rocking a Slayer cut-off shirt in a room filled with heavy metal posters.

Turns out, he wasn’t just pretending to like Slayer, as the writer reportedly attended a concert recently and even got to pose with members of the group backstage.

Check out the photo below and notice the killer cell phone belt clip. Jon Lester Says It’s ‘Awesome’ to Return to Red Sox in 2014, Hopes to Stay in Boston for ‘Long Time’ 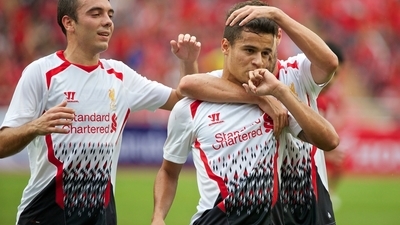