The Maple Leafs and Bruins don’t agree with each other too often, but it’s safe to say they share the same feelings about Sabres enforcer John Scott.

The big forward was at the center of attention yet again this weekend when he decided to open his mouth following Toronto’s 4-2 win over the Sabres that earned the Leafs a split of a weekend home-and-home series. It was the first time the two teams had met since a highly charged preseason game in which Scott challenged Phil Kessel to a fight.

This weekend’s home-and-home was supposed to be a chance for the Leafs to get retribution, and after a surprisingly tame tilt Friday night in Buffalo, things heated up Saturday in Toronto. It all started when Scott collided with Toronto captain Dion Phaneuf in the third period. After the play ended, Phaneuf tried to go after Scott before being interrupted by Cody McCormick. The two wrestled to the ground, and that set off some pushing and shoving in the neutral zone.

“He bailed on me [attempting to check Phaneuf],” Scott said after the game. “All of a sudden, I’m not allowed to hit him anymore. He’s princess Phaneuf. It’s a joke. … It’s just something where you’re not allowed to hit the star guys in this league anymore.”

Well, wouldn’t you know it, but that comment didn’t go over very well in the Toronto dressing room. Maple Leafs center Nazem Kadri was quick to point out Scott’s checkered past in his response, according to TSN’s Mark Mowers.

Leafs tough guy Frazer McLaren also took exception, labeling Scott’s comments “disrespectful,” while adding he didn’t think it was fair for Scott to call out Phaneuf in that way.

Scott eventually tried to do some damage control. The enforcer spoke Monday about the comments, and he admitted to having some regret to saying what he did.

“Obviously, a little emotional at the time,” Scott said, according to BuffaloHockeyBeat.com. “I haven’t trademarked it. I kind of regretted it.

“I just once again kind of shoot my mouth off, a little too fired up after the game and said something, didn’t really realize it was going to get the kind of traction it’s kind of gotten.”

It won’t be long until the two teams meet again. Their next meeting is scheduled for Nov. 29 in Buffalo. 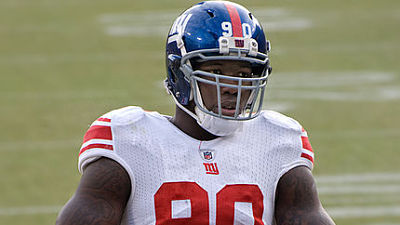 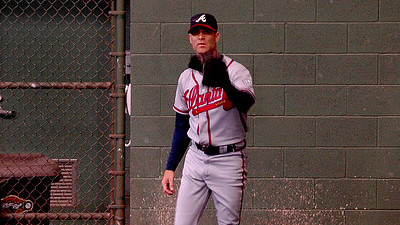