BOSTON — Jordan Crawford has not been impressive as the Celtics’ point guard, and the team’s turnaround has nothing to do with him assuming those duties.

Everyone else might be saying that, but it’s not accurate. At least, not according to Crawford.

“I feel that I [have always been] a point guard,” Crawford said. “That’s other people that listed me at shooting guard.”

Coming off another impressive performance at the point in the Celtics’ 120-105 win over the Orlando Magic on Monday, Crawford was no less succinct than usual in discussing his developing role with the team. Whereas many see the Celtics’ swift improvement after an 0-4 start to even their record at 4-4 thanks to their current four-game winning streak, Crawford does not seem to think he has done anything differently.

In Crawford’s eyes, he hasn’t adjusted to anything. His passing, shot selection and court vision have not improved, in his mind — the Celtics’ success has simply caused other people to appreciate his talent for the first time.

“Y’all just now noticing that, huh?” said Crawford, who had 16 points, 10 assists and no turnovers. “I was blessed with court vision. When a teammate’s open, you find him.”

It’s a testament to the team’s chemistry and to Brad Stevens‘ coaching style that the Celtics’ best player on the court has been different from game to game. More often than not, though, it has been Crawford. His 11.3 points per game average and 3.4/1 assist to turnover ratio is a major reason the Celtics have turned around so quickly, and why the mood in the locker room has improved greatly since the loss in Memphis last Monday.

Crawford’s play has been the first domino to fall in the Celtics’ teamwide improvement. With Avery Bradley freed of having to set up the offense, he has gone back to his ballhawking ways on defense. Jeff Green has been able to get the ball in his spots, rather than having to force shots against set defenses. Jared Sullinger, Brandon Bass, Kelly Olynyk and the rest of Boston’s bigs have gotten the ball in better positions to score quickly, helping their offensive games, since the Celtics do not have a true back-to-the-basket post player.

Still, every game is a new adventure with Crawford. Even his teammates speak tentatively of his improvement, as though it could all evaporate suddenly.

“There’s positives and negatives,” Gerald Wallace said. “As long as you can get him to see the situation that he’s in and the opportunity he has, I think everything will be all right. He’s figuring it out, understanding his role, that he’s the head of the team. He has to get us going and he picks his spots, when to attack, when to look for his shot. I think he’s done a great job so far of just getting everybody involved and running the offense.”

Crawford was known as a gunner when he came to Boston in a trade-deadline deal last season. It was a reputation he had earned. In his last full season in Washington, Crawford averaged a shade under 18 field goal attempts per 36 minutes — a number that was Carmelo Anthony-esque.

That reputation kept Wizards coach Randy Wittman from giving Crawford too much responsibility, lest Wittman watch Crawford simply dribble the ball up the court and take a contested jump shot on every possession. Under Stevens, however, getting more responsibility may have actually helped Crawford restrain his wilder tendencies.

“He’s got a lot of confidence out there,” Stevens said. “He’s always been a guy that had good confidence about him, but I think the thing that I’ve been most pleased with really the entire time I’ve been around him is his consistency. That’s an area you have to really embrace if you’re going to be a good point guard, because everybody’s depending on you to be reliable on a day-to-day basis.”

Crawford’s abilities have never been questioned, and his love for the game is obvious the moment he steps on the court. For 2 1/2 seasons in Atlanta and Washington, however, he never seemed to find the consistency that, through eight games, he has demonstrated so far this season.

There was never any doubt that Crawford had it in him to be an impact player like this. So far, he has helped delay the “tanking” talk in Boston for at least a week. But whether his performance is a product of his own maturation or a team finally coming around to his own capabilities depends on who you ask — particularly if you ask him. 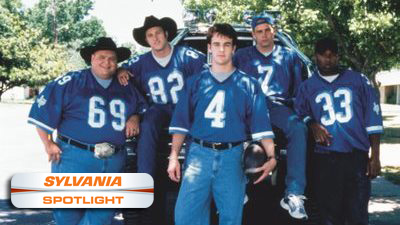