This has to be fake.

A player allegedly named Javonte Douglas allegedly broke the laws of physics by throwing down a ridiculous putback dunk in a game for the College of Central Florida, which allegedly is a junior college in Ocala, Fla. Words don’t do the dunk justice. We’ve watched it over and over trying to find the place where it was edited, but we can’t find it.

Check out Douglas’ throwdown in the video below. 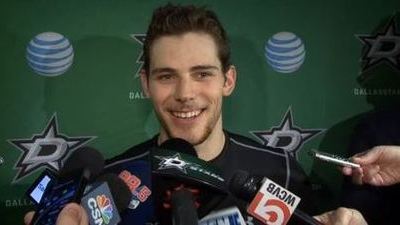 Tyler Seguin Says Boston Will ‘Always Be a Part of Me,’ Excited to Face Former Team for First Time (Video)