Red Sox Nation is taking over the Northeast.

Bill de Blasio was elected as mayor of New York City Tuesday, and he also happens to be a diehard Red Sox fan. De Blasio was born in New York City but was raised in Cambridge, Mass., and during his campaign was asked about his sports allegiances by the New York Times.

De Blasio said he’s been a Red Sox fan since he was 6 years old, and despite the fact that’s now a New York resident, he still has a deep devotion to the red and white.

?I have my loyalty to the team of my youth,? he said.
?Everyone I knew was a Red Sox fan. Living up there in 1967 — the Impossible Dream season — that moment was incredibly compelling. I just naturally gravitated to the team. [The 1975 World Series] was arguably the greatest World Series of all time,” de Blasio said. (It should be noted that the interview took place before the Red Sox’ spectacular worst-to-first World Series win of 2013.)
?The team that I grew up with was constantly the underdog but managed to prevail, I don?t know any better lesson in life.?
De Blasio did point out that he’d be “very happy to celebrate with any New York sports team.” Luckily for him, it didn’t come to that this year.
Photo via Facebook/Bill de Blasio 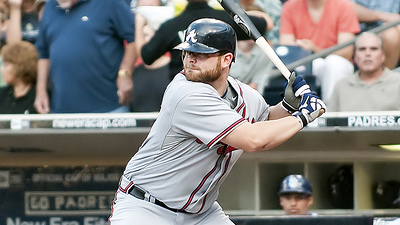 Report: Yankees Have Had Preliminary Discussions With Brian McCann

Peter Chiarelli Admits Bruins’ Style Hard to Play, But Also Says B’s Need to Be Better in Midst of Slump