Lindy Ruff Calls Out Tyler Seguin for Faceoff Struggles, Says Center's 'Compete' Has to Be Stronger - NESN.com Skip to content The Dallas Stars acquired Tyler Seguin in July with the thought of putting him at center. They acquired him with hopes that he would develop into a first-line center that they could build around. They acquired him hoping he’d be what everyone thought he’d be when the Bruins made him the second overall pick in 2010.

Seguin has been fantastic for the Stars since they got him in a July 4 blockbuster with the Bruins, at least in terms of points. Seguin already has six goals and nine assists in 14 games for a point-per-game pace with his new team. Where he’s still developing, however, is with the finer points of playing the pivot.

The young center is getting worked in the faceoff circle, and that continued Sunday afternoon in Ottawa. Seguin was dominated in the dot going just 1-for-14 on draws. That forced Stars head coach Lindy Ruff to shake up his lines some to get Seguin out of the dot. Ruff wasn’t pleased with Seguin’s faceoff efforts, and he called on the center to be better moving forward.

“I had to go back to putting [Jamie] Benn up there because we were getting killed in the faceoff circle,” Ruff told reporters after the game. “I didn’t find that humorous because it’s tough to go 0 and 13. The compete on that has to be a lot stronger. Scratch your nose on the ice if you have to.

Seguin has won just 61 of 165 of his faceoffs this season for a success rate of just 37 percent.

Giancarlo Stanton ‘Not Available’ in Trade, Will Be Marlins’ Building Block, According to GM Dan Jennings 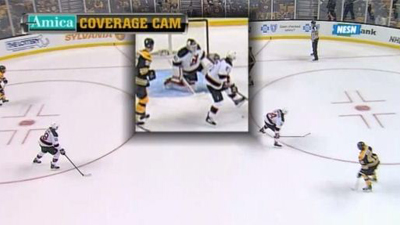