Nate Burleson missed seven games this season because of his late-night pizza cravings. So, it was only apropos that he celebrated his first game back on the field with a little ode to his favorite food.

Burleson suffered a broken arm in Week 4 while on a late-night pizza run. The injury cost Burleson eight weeks of the season, but it did earn him a year’s supply of free pizza from DiGiorno. So, when Burleson caught his first touchdown since returning from the injury — and his first of the season, for that matter — on Sunday, he decided to celebrate like any pizza lover should.

Burleson caught a five-yard touchdown pass from Matthew Stafford early in the second quarter on Sunday to give the Lions a 7-3 lead. The 32-year-old receiver then decided to ring up the six points at the register and present the football to the adorning Lions fans in the end zone as if he were a waiter delivering a pizza.

Check out Burleson’s epic celebration in the GIF below. 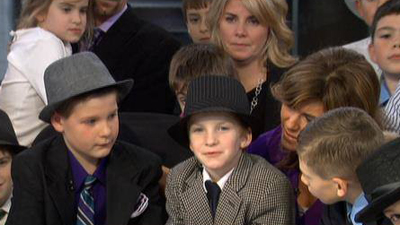