Patrick Kaleta Placed on Waivers, Sabres GM Says He Must 'Change His Game' to Stay in NHL - NESN.com Skip to content After the John Scott–Loui Eriksson incident, some critics started calling for more accountability from organizations for the players they employ. It would seem that the Buffalo Sabres were listening.

Patrick Kaleta has been placed on waivers by the team Saturday, Elliotte Friedman reports. Kaleta was in the midst of serving a 10-game suspension from a hit to the head delivered to Columbus blueliner Jack Johnson in an Oct. 10 game. Buffalo is currently last in the NHL, having garnered only five points from 15 games.

This isn’t a move designed to make Buffalo a better team, though. General manager Darcy Regier, himself maybe not too long for Buffalo, said in a press release about the Kaleta move, ?This was a move we thought was necessary to help Pat change his game and preserve his career in this league. We believe in Pat as a person and we hope he will continue his career in our organization and, if the circumstances are right, with the Buffalo Sabres.”

It’s somewhat rare to see an organization police itself, especially given John Scott’s recent suspension and the grumblings around his place in the league. Surprisingly, Kaleta has a much longer rap sheet than the hulking Scott, with three suspensions in the last two seasons including a four-game sitdown for headbutting.

The next step for Kaleta appears to be a rehabilitation stint with the Sabres AHL affiliate, the Rochester Americans, where the agitating winger will attempt a Matt Cooke-esque transformation. While Cooke still attracts opposing teams’ hate like a magnet, he’s no longer the headshot artist he once was. 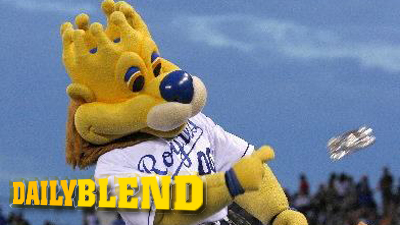