The calm is often said to come before the storm, but for Raheem Sterling the opposite has perhaps been true.

Handed a Liverpool debut at a mere 17 years of age, the winger established himself as a regular first-team member during Brendan Rodgers‘ opening six months as boss.

Those achievements were followed by a senior international appearance for England, as the Jamaican-born star’s profile grew exponentially.

This season, though, the No. 31 has been restricted to two starts. Fortunately, Sterling has both a plan and a mentality to significantly increase that number.

“I know I need to buckle up, train as hard as I can and keep progressing as a player,” he told the Liverpool Echo. “I’m still young and I know I’ve still got a lot to learn.

“The manager has said to all of us not in the team at the moment that we’ve got to be on our toes. When the chance comes you have to make sure you take it.

“Obviously I’ve not played as much as I would have liked so far this season but as long as the team is winning and doing well, I’m happy.

“Seeing the team do well is the most important thing and it’s been a great start to the season for us.

“Everyone wants to play but I’m not in any rush. If I’m picked then it’s up to me to prove I deserve to be in the starting XI and that I can get back to where I was last year.

“We’ve been winning a lot of games and playing really well. We were really disappointed not to get anything out of the Arsenal game but we can’t afford to think about that now.

“We’ve got to look to the future and everyone is focused on getting a good result against Fulham.

“We want to go into the international break on a high. If we get three points then we’ll be in a good place in the table.

“A lot of the top teams seem to be slipping up and dropping points so we have to capitalize on that. We all want to help the club get to where it wants to be — which is inside the top four.”

Next week will mark the 12-month anniversary of the moment Sterling first represented the Three Lions at the highest level, in a friendly against Sweden.

The 18-year-old has alternated between the senior and U-21s squads ever since, and retains dreams of a FIFA World Cup call-up next summer.

“I can’t believe it’s a year already since I made by England debut,” he added. “That time has flown by. It was a special night. Just being part of the last few squads has been great experience for me.

“For an England manager to be picking you when you’re not playing regularly for your club must mean he likes you and likes your game. It gives me a lot of confidence.

“Going to the World Cup would be amazing but I know to achieve that I need to get back playing for Liverpool and try to kick on from there.” 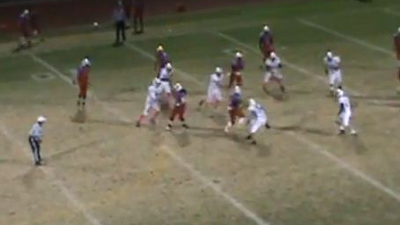