As the battle over determining the prevalence and causes of chronic traumatic encephalopathy, or CTE, continues, more names are being added to the list of former NFL players said to have the degenerative brain disease.

Former football players Tony Dorsett and Joe DeLamielleure, both Hall of Famers, and Leonard Marshall, a former All-Pro, have been diagnosed as having signs of CTE, according to ESPN?s Outside the Lines. CTE is thought to be caused by repeated head trauma, particularly the kind involved in the various forms of hitting found in football. Some scientists and football advocates have disputed the suggested link between the sport and the disease despite a growing number of former NFL players who have CTE symptoms or have had it found in their brains after death.

Dorsett, DeLamielleure and Marshall had brain scans and other evaluations over the past three months at UCLA to examine their symptoms, according to ESPN. They are part of the university?s groundbreaking work to find CTE in life using tracers and scans that locate a protein called tau, which develops abnormally in CTE cases, in the brain. Five other players were tested last year. CTE had previously only been confirmed after autopsies.

Dorsett told ESPN he has experienced memory loss and depression, and that he often struggles to remember where he is when traveling or driving his daughters to local soccer and volleyball games. He also talked about having trouble controlling his emotions, another common symptom of CTE.

?It?s painful, man, for my daughters to say they?re scared of me,? he said. ?It?s painful. ? I?ve thought about crazy stuff, sort of like, ?Why do I need to continue going through this?? I?m too smart of a person, I like to think, to take my life, but it?s crossed my mind.?

Dorsett says he wants to be ?proactive? going forward, including finding out whether football can be considered the cause of his current struggles. He played 12 years in the NFL, 11 of them with Dallas, and recorded 12,739 rushing yards and 77 touchdowns from 1977 to 1988.

?My quality of living has changed drastically, and it deteriorates every day,? he said.

DeLamielleure never had a diagnosed concussion but played as an offensive lineman for 13 years, which means he took the kind of repetitive head blows that researchers are saying are more likely the cause of CTE than total concussions. 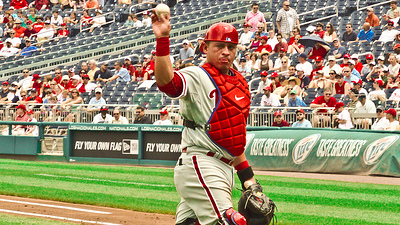