Rob Gronkowski proved why he’s one of the elite red zone targets in the NFL during the Patriots’ Monday night game against the Panthers by running through three defenders after making a catch to score his team’s first touchdown.

Not only did the 24-year-old tight end use his impressive strength to get close to the goal line, he also did a tremendous job reaching the ball over the white line to ensure it was a touchdown.

Gronkowski’s 40 career touchdown catches are the most by a tight end in his first four seasons in NFL history. Check it out in GIF below, with a hat tip to GIFD Sports. 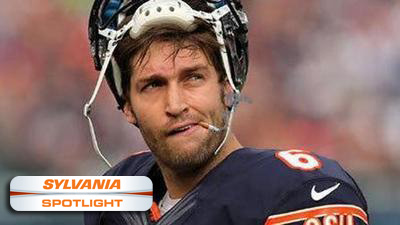