BOSTON — The state of the Celtics’ front line can best be summed up by Brad Stevens‘ optimism coming off a game in which they lost by 11 points.

Yet while the Celtics still have issues to resolve, their coach was feeling a bit better about them Friday, as he prepared to field a starting lineup with Jared Sullinger and Kelly Olynyk together for the second straight game. Although the young duo has not been flawless, they at least helped prevent a repeat in San Antonio of Tuesday’s start in Houston, where the Celtics fell behind 18-1 after tipoff and trailed by 22 points after the first quarter.

Popular opinion holds that it shouldn’t be this difficult for the Celtics — at least, not in the manner it has been. This is the age of the point guard, with Chris Paul and Russell Westbrook occupying spots among the NBA’s best players and studs like Tony Parker, Kyrie Irving and Rajon Rondo battling to join the conversation. The big man is supposed to be a dying breed, especially for fans who listen to Charles Barkley and Shaquille O’Neal declare as much on TV every week.

Taking a look at the Celtics’ schedule over the past week, however, Stevens would beg to differ. In succession, the Celtics have faced Nikola Pekovic, Dwight Howard and Tim Duncan, followed by Roy Hibbert on Friday.

“This stretch would be tough for anybody to go through,” Stevens said. “It’s relentless, because they’re all difficult in their own ways. I thought we did a decent job on Duncan after the first two possessions [Wednesday], but when you’re playing against these guys night in, night out, they can affect you in so many ways.

“And Hibbert might be the perfect combination of all of them with his ability to score and his ability to rim protect as well as anybody in the game right now.”

The addition to Sullinger and Olynyk into the starting lineup against the Spurs appeared to help, but the results are not complete. The Celtics are plus-2.4 with those two on the court together, but that has come in only 121 total minutes. Sullinger posted another monster statistical line of 19 points and 17 rebounds, but Olynyk continued to struggle with his shot and ended up with eight points on 2-for-9 shooting. Olynyk also committed five fouls as the referees’ resident rookie whipping boy.

The best thing that can be said for the pair against the Spurs is that they prevented another early 18-1 deficit. The Celtics even led 25-22 after the first quarter in San Antonio, so Stevens likes having those two in the starting five, for now.

“Right now, I can answer that positively and say it’s one we feel comfortable with, but we could change it three days from now,” Stevens said. “Who knows? I think the two bigs have complemented each other pretty well ever since Kelly arrived. They both can pass, they both can shoot, they both can space the floor. You can run things through them, which is unique for fours and fives. We have to decide how we’re going to be and what type of team we want to be.”

In this ridiculously short audition, Hibbert might be the worst matchup Sullinger and Olynyk can possibly imagine. The Pacers’ big man has improved drastically over the past 11 months and may be playing better than any other center in the league. He is the front-runner for NBA Defensive Player of the Year at this insanely early juncture. He’s not an easy target for Sullinger and Olynyk to build up Brownie points with their coach. 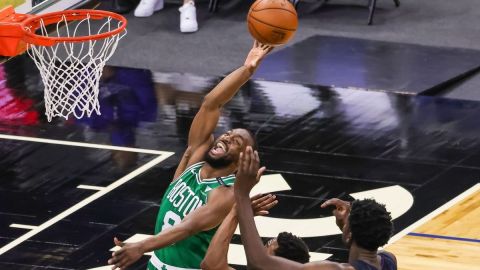 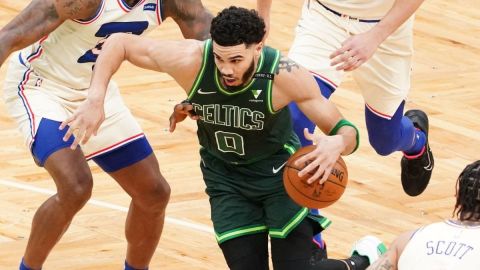