Belgrade, Serbia’s, “Eternal Derby” is always among soccer’s most heated games. Fans of both teams, Red Star and Partizan Belgrade, did their best to reinforce that image Saturday.

The Superliga (Serbian first division) game between the fierce city rivals was halted for 10 minutes early in the second half after Partizan fans lit several bonfires in Red Star’s Marakana stadium. Smoke billowed through the 40,000-seat stadium, threatening the safety of players and fans alike, and it took two fire trucks (along with scores of riot police) to put out the blazes.

Crowd trouble usually mars the Eternal Derby, and the latest edition followed the script. Police arrested dozens of hooligans for fighting on the outskirts of Belgrade — miles away from the stadium — in the hours before kickoff. Red Star fans lit flares and set off fireworks inside the stadium before the start of the game. Partizan fans were standing on concrete steps because Red Star officials removed the plastic seats (where they would have been sitting) to prevent rival fans from using them as missiles or kindling. Yet, the Partisan fans still managed to set fire to anything they could.

The game continued after order was restored. Red Star won 1-0 to move within a point of their league-leading rivals in the Superliga standings.

The Partizan fans’ attempts at lighting an eternal flame may have failed, but the Eternal Derby remains hot and nonsensical and probably will stay that way.

See the scenes from the Belgrade derby in the video below. 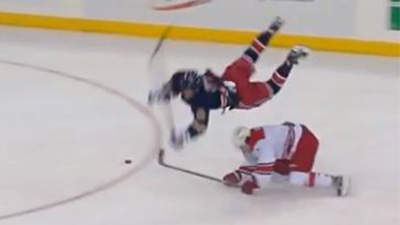 Tom Brady Looked Back to Old Self Against Steelers, Still Important to Remember Struggles of First Half of Season