The Calder Trophy race for the NHL’s rookie of the year is one that looks like it could get pretty good by the time the season finally comes to an end in April. The jockeying for positioning — as well as lobbying — has already begun.

Bruins defenseman Torey Krug is considered one of those front-runners for the Calder. The young D-man is showing his torrid run in last year’s playoffs was no fluke, as he’s been one of the most productive blue liners this season. Krug enters Tuesday’s game with the Rangers with 6-6-12 totals, which puts him on pace for a 50-point season and approaching the 30-goal plateau. Not bad, right?

A story on NHL.com published early Tuesday morning looked at the Calder Cup race, with a headline reading “Bruins’ Krug has early edge in Calder race” as it looked at Krug’s case for the Calder.

In addition to looking at Krug, the story also investigated the case for fellow rookies Tomas Hertl of San Jose Sharks and Seth Jones of the Nashville Predators.

On Tuesday afternoon, the NHL promoted that story on Twitter with a tweet that read “Agree? @ToreyKrug has the early edge in Calder Trophy race” with a link to the story.

The Sharks’ response to that, which was pretty awesome, can be seen below. 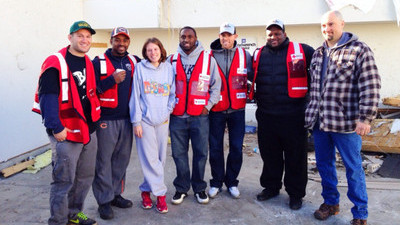