The Patriots’ offense definitely had its best game of the season against Pittsburgh. But it was also facing a defense that is in shambles.

Tom Brady‘s accuracy looked much improved and Rob Gronkowski looked to be at full speed, but Pittsburgh also left the tight end single-covered far too often and did not appear to adjust its zones in coverage.

Troy Polamalu, always a freelancer, certainly appears to have lost a step at this point and was guilty of leaving Danny Amendola wide open on his two longest receptions. The Patriots’ offense deserves a lot of credit. But the Steelers’ defense was just as much to blame for the 55 points New England put up on Sunday.

With that out of the way, let’s get to this week’s film review.

Of Brady’s 10 incompletions, four could be blamed on drops, five were questionable throws and one was a nice defensive play. Overall, it was a superb effort from Brady.

And even among those five questionable throws, most were good decisions. Brady’s an expert at putting the ball where only his receiver would be able to catch it. And if his target doesn’t make the grab, it’s just going to fall out of bounds anyway. It’s a medium-reward, low-risk throw. And those are the kinds of passes that have allowed Brady and the Patriots’ offense to limit turnovers for the past 13 seasons.

Stevan Ridley is an expert at getting yards when he really has no right to them. He runs hard and can find room in the smallest creases. Ridley even showed off some impressive moves on his way to 115 yards on 26 carries.

Brandon Bolden made the most of his three carries, taking each one for a long gain. Bolden is best utilized as a change-of-pace back. The Patriots really didn’t have a traditional third-down back in this game.

LeGarrette Blount looked very good near the end of the game. His five-yard touchdown was pure perseverance. Early in the game, Blount went down a bit too easily on an arm tackle. It’s surprising to see Blount go down so easily at times at 250 pounds. There are also times he’s downright impossible to bring down.

Aaron Dobson had a second straight impressive game. The rookie’s route-running has improved greatly since he was drafted. That aspect of his game has become much better the last two weeks, especially. It was impressive to see Dobson haul in the back-shoulder touchdown from Brady. That play takes a quick cut and some deceptiveness.

Danny Amendola was essentially left wide open on two long plays. On a third big play, he did a nice job of going up and over his defender. This was Amendola’s best game since Week 1.

Here was Amendola’s touchdown grab. Polamalu made a brutal read.

Julian Edelman had a glaring drop but did a nice job of getting open, though he wasn’t thrown to often. He showed great field awareness on his one reception on the sideline.

Austin Collie was mostly invisible in his seven snaps. I did see him get open once.

Gronkowski’s speed looks as good as ever, though he did struggle to hold his blocks in the run game. That’s certainly forgivable, as the tight end is likely still adding weight since his back surgery. Gronk showed off his impressive hands, rarely catching the ball against his body. Pittsburgh did not give Gronkowski the respect he deserves. It doesn’t appear his agility is all the way back. That has him rounding off his routes a bit at times.

Michael Hoomanawanui had a glaring drop. I had him giving up a couple of pressures, as well.

Matthew Mulligan is essentially used as a sixth offensive lineman, rarely going out on routes. Mulligan is getting better as he gets more comfortable in the system.

Dan Connolly probably had his strongest game of the season. He appears to be fully healthy right now. He looked very good out in space on pulling blocks.

Nate Solder also looked good in space. He let up a few pressures and one sack (shared with Logan Mankins). Mankins appears to be battling some sort of ailment. The bye week has come at a good time for the All-Pro guard.

Marcus Cannon did a nice job filling in for Sebastian Vollmer. He finds himself on the ground a bit too much at times and gave up a few pressures. Cannon isn’t Vollmer yet, but overall, he was very solid.

Wendell allowed a pressure and had some rough moments in the run game. Overall, Wendell, and the entire offensive line, did a nice job protecting Brady.

With two sacks and seven total pressures, Chandler Jones had a good day at the office. He had up and down moments against the run, but he did a solid job setting the edge at outside linebacker and defensive end.

His spin move worked great one play against the run. Just two plays later, it partially propelled a 30-yard run.

Rob Ninkovich helped stop the run well but only had one pressure, a sack. Andre Carter had six pressures, including one sack.

Isaac Sopoaga was impressive in limited snaps. He adds a presence in the middle of the defense that the Patriots haven’t had since Vince Wilfork went down. He eats up double teams well, opening things up for the linebackers to make plays.

Chris Jones and Joe Vellano couldn’t get much going rushing the passer, but they both played much better against the run. There were certainly some times when either player would get pushed out, but those times were much fewer and farther between than we’re used to seeing.

Dont’a Hightower had a great game in all facets. He did a nice job blanketing Le’Veon Bell down the field in coverage, filled his rushing lanes well and even got after the passer three times. His best play came on a fourth-and-1 when he burst through the line, blew up fullback Will Johnson and came back to make a play on Bell.

Spikes wasn’t quite as active as Hightower and stumbled a few times in coverage, but he was solid against the run as usual.

Dane Fletcher continued to serve the role as dime linebacker. He sacked Ben Roethlisberger once and had up and down moments in coverage.

Kyle Arrington got burned early, but overall, he did a solid job of covering Emmanuel Sanders, Antonio Brown and Derek Moye. He made a couple of nice plays on the ball and limited his targets in yards after catch. Arrington gets a lot of crap from fans because they only see some of the big plays he lets up. But Arrington really flashes in the All-22 tape.

Alfonzo Dennard missed a few tackles and let up 63 yards on five catches and nine targets, but otherwise, he was his usual physical, dominant self. Dennard has filled in well as the No. 1 corner with Aqib Talib out.

Logan Ryan didn’t make any big plays but still played well as a rookie. Marquice Cole got beat by Jerricho Cotchery a few too many times. He allowed 55 yards on three catches.

Devin McCourty had the big interception in the first quarter and overall did a nice job of covering the back half of the field. Steve Gregory has been solid against the run all season. He’s also been shining in one-on-one coverage situations. Duron Harmon filled in well for Gregory, though he did appear to blow a coverage in the end zone when Roethlisberger overthrew Sanders in the end zone with Arrington in coverage. Harmon breaks well on the ball and is a solid tackler. 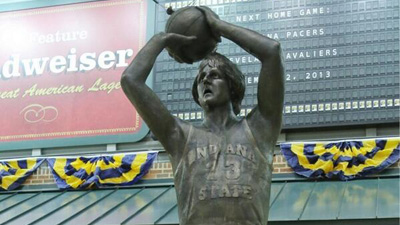 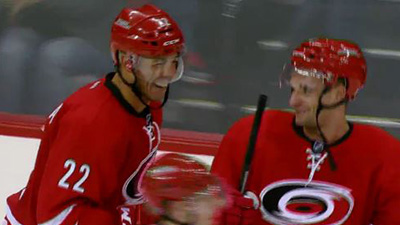