Final: The field is set, and we now know what games are being played and when they will take place.

Groups G and B appear to be the strongest, but so much can change between now and June 12, when Brazil meets Croatia at the still under-construction Arena Corinthians in Sao Paulo.

Until then, players from these countries will give everything they have in order to earn a spot on their national teams’ squads, as a World Cup in Brazil is truly a once-in-a-lifetime experience.

Here’s the trophy for which all 32 teams are competing. Draw complete: Let’s take a spin through some of the other groups:

Group A sees Brazil drawn into a group it should win. The host will take on Croatia, Cameroon and Mexico — three teams that should pose them few problems.

Despite falling into this group, Mexico should feel fortunate, as it can progress with wins against Cameroon and Croatia.

Group B will kick off on June 13 with an exciting rematch of the 2010 final between Spain and the Netherlands.

Chile and Australia are the weaklings of the group on paper, but either could knock off one of the European giants if they catch them off guard.

Group C should be pretty open, as Colombia is the only team that looks decidedly stronger than the others at this point. However, neither Greece, Ivory Coast nor Japan are to be taken lightly.

This will be the last chance for Didier Drogba, the standard-bearer of Ivory Coast’s so-called “Golden Generation,” to make a deep run into the tournament. Japan might have been swept aside at last summer’s Confederations Cup, but the “Samurai Blue” have been playing rather well in recent months.

Group D looks like a bit of a toss-up at the top, as Italy and Uruguay will be the early favorites to advance to the knockout rounds. England will certainly feel like it has a chance to get out of this group (as it should), but the “Three Lions” will have to beat Uruguay (the 2011 Copa America winner) or Italy (Euro 2012 finalist) along the way. Costa Rica looks like a doormat in Group D.

France needed a near-miracle comeback just to qualify for the World Cup, but “Les Blues” will be thankful they were invited to the party. France’s Group E includes Switzerland, Honduras and Ecuador. Switzerland was a surprise seed in this tournament, and France should be confident in its chances of competing eye-to-eye with its neighbor. Ecuador and Honduras will also enter the tournament believing that they can make it out of this group, as it contains European countries that are no great powers at this point in time.

Argentina should be the comfortable winner of Group F, as it provides a good launching pad for its assault on the World Cup title. Nigeria is Africa’s strongest team at the moment, and it has to like its chances of making it out of this group. It will be a surprise if Iran can win any of these games, while Bosnia should have enough firepower to contend for second place in the group.

See the 12:30 p.m. post for thoughts on the U.S.A.’s chances of making out of Group G. They’re slim. Germany is among the favorites to win the tournament, while Portugal and its superstar forward Cristiano Ronaldo are dark-horse candidates to reach the last four. While Portugal struggled in qualifying, it was the same team that battled champions Spain all the way to penalty kicks in the Euro 2012 semifinal. Ghana may not be as strong as it was in 2006 and 2010, but Jurgen Klinsmann might lose sleep trying to figure out how to contain Black Stars’ Asamoah Gyan, Kevin-Prince Boateng and Andre Ayew.

Finally, Belgium should take the top spot in Group H. It’s one of Europe’s leading teams at this point and features a number of stars who play important roles at big clubs. While we think 2014 is too early for the Belgians to win the World Cup, they should reach the last 16 without much trouble.

Russia will have high hopes of progressing after an impressive qualification campaign under head coach Fabio Capello. South Korea and Algeria will struggle against Belgium and Russia, but either could surprise the world and sneak out of this group.

The Americans have been drawn into a monster of a group. Germany and Portugal have legitimate aspirations of reaching the last four of the World Cup. Ghana, which has beaten the U.S. in the previous two World Cups, was a missed penalty kick away from the semifinal in 2010.

The U.S. will have to be unified and in peak form by June 16, when it plays its first game against Ghana in Natal.

The United States has fallen into a group with Germany and Ghana amid roars and groans in the tent.

We have our first matchups, and a pair of rematches from 2010 are the early storylines. Germany-Ghana and Argentina-Nigeria will be repeats from the last edition of the World Cup.

We’re now halfway through the draw.

12 p.m.: Here’s how the groups are shaping up. The eight seeded teams have been drawn into separate groups. Cafu is drawing from Pot 1.

11:55: a.m.: The draw is set to begin, now that eight previous World Cup winners have taken the stage, and FIFA secretary general Jerome Valcke explains the rather complicated draw procedure.

11:50 a.m.: Vanessa da Mata and Alexandre Pires performed one of the many musical interludes and did very, very well. If anyone knows the name of the song they sang (it’s a surefire hit), let us know on Twitter:@NESNSoccer or Facebook:NESN Soccer. 11:45 a.m.: The drawing of groups has yet to begin, but we already know that host Brazil will reside in Group A.

Meanwhile, Pele has taken the stage and is talking about his hopes for next summer’s tournament. He thinks Brazil will reach the final, according to the BBC.

“I really trust Brazil very much. I think they will be in the final. I will never forget the 1950 World Cup final in Brazil when I saw my dad crying as the home nation lost.

“I do not want my kids to see me crying in this World Cup. I want to tell the whole world of football that Brazil is waiting for you with open arms.” 11:35 a.m.: There’s a bit of pomp and circumstance which we all must deal with, as montages of all 32 qualified teams run on the big screen.

Brazilian greats Ronaldo and Marta have taken the stage to talk about the mascot (Fuleco), ball (Brazuca) and what it has been like trying to organize the 2014 World Cup.

11:25 a.m.: Vicente del Bosque, coach of defending champion Spain, has come out with the World Cup trophy, vowing that his team will do its best to retain the title it won in 2010. Brazil last hosted the World Cup in 1950. Uruguay won that tournament by shocking the hosts with a 2-1 victory in the final — a result that haunts Brazil’s national consciousness to this day, as this recent Puma commercial reminds us. Keeping with the World Cup’s theme of “All in One Rhythm,” Alcione and Emicada are singing and rapping, respectively. The beat and melodies switch between samba and hip-hop, in case you were wondering. 11 a.m.: Pele, “the King,” is in the house, although only a few people know exactly what he’ll be doing. 10:55 a.m: We’re just a few minutes away from the start of the event, but dignitaries are already pouring into what has to be one of the world’s most expensive beach tents.

Below is U.S. men’s national team head coach Jurgen Klinsmann. He’s hoping the Americans avoid a hard group, but that’s an unlikely scenario, according to most prognosticators. The World Cup draw, which determines matchups and venues for next summer’s soccer showcase, takes place on Friday starting at 11 a.m. ET.

An $11 million tent in Costa do Sauipe, Bahia, Brazil, will be the epicenter of the world for a few hours, as soccer heroes, national-team coaches and the sport’s leading administrators gather in the coastal resort town for one of FIFA’s glitziest affairs. The event will be broadcast to more than 250 million viewers in 193 countries.

The likes of Brazil’s Cafu, Italy’s Fabio Cannavaro and France’s Zinedine Zidane will do the honors, as these and other former World Cup winners pick balls containing the names of the 32 competing nations and place them in one of eight groups labeled A-H. The eight highest-ranked countries (as of October 2013) have been seeded, meaning they will be put in different groups and avoid playing each other in the group stage. Other countries must fend for themselves as they hope to avoid the dreaded “Group of Death.”

Brazilian husband-and-wife television presenters Fernanda Lima and Rodrigo Hilbert will emcee the event, while samba singer Alcione and rapper Emicada will headline the draw’s list of entertainers. Meanwhile, Pele declined to participate in the actual drawing of groups (out of fear that he would give host nation Brazil some tough opponents), but he will make a surprise appearance in what is billed as the “wow” moment of the World Cup draw.

We’ll be following all the action as it happens right here starting at 11 a.m. Stay with us throughout the event as we’ll bring you live news and analysis of the 2014 World Cup draw. 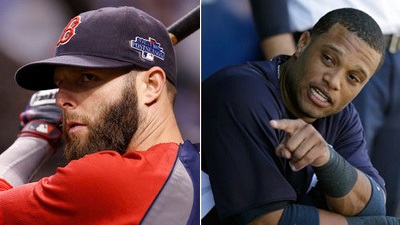