Aaron Rodgers Will Not Play Sunday vs. Steelers, Ruled Out for Seventh Straight Game - NESN.com Skip to content As the Packers fight for their playoff lives against Pittsburgh on Sunday, they will have to do so without Aaron Rodgers.

Head coach Mike McCarthy ruled Rodgers out yet again on Friday, running the quarterback’s streak of consecutive games missed to seven. Rodgers has not played since breaking the collarbone in his non-throwing shoulder Nov. 4 against Chicago.

“As an organization, we are not ready for Aaron to play,” McCarthy told reporters.

With the former MVP sidelined, the Packers will again turn to Matt Flynn, who has led the team to consecutive one-point victories. Flynn shined in last Sunday’s come-from-behind win over the Cowboys, completing 26 of 39 passes for 299 yards and four touchdowns.

Green Bay trails Chicago by a half-game in the NFC North, with the Bears holding the head-to-head tiebreaker by virtue of a 27-20 win in their first meeting. The Packers and Bears will play again next Sunday in the regular-season finale for both teams. 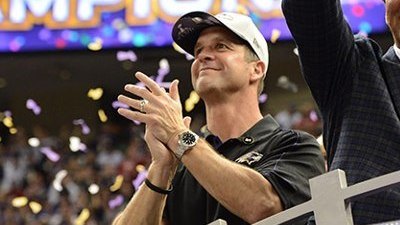