The “Brazuca” will lift and sink the dreams of nations next summer.

Adidas unveiled the official game ball of the 2014 FIFA World Cup on Tuesday in Rio de Janeiro. The ball, known as “Brazuca,” will almost certainly be one of the key figures in the early stages of the tournament, as players grow accustomed to its quirks.

The six-paneled ball is designed to “produce faster flight speed, a more stable flight path and maintain true roundness,” according to FOX Sports. Its surface texture features tiny, round nubs, which help players control the ball better in a variety of weather conditions.

As a sign of the times, Brazuca is already on Twitter. Perhaps the likes of Lionel Messi, Cristiano Ronaldo and Wayne Rooney should follow its account and get to know it better ahead of next summer’s tournament. 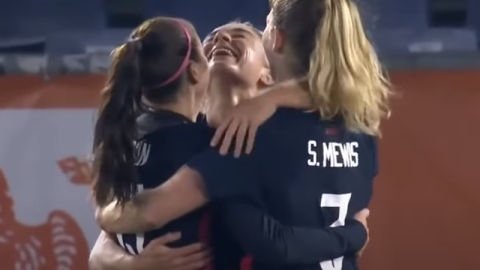