New York Yankees fans still don’t know if they will see Alex Rodriguez suit up in pinstripes at the beginning of the upcoming season as an arbitrator has yet to decide if the third baseman’s 211-game suspension will be upheld. That doesn’t mean there won’t be A-Rod drama, though.

Steve Fishman of New York Magazine gave fans an inside look at one of the greatest sports soap operas of all time in his recent long-form piece detailing the saga between the embattled Rodriguez and Major League Baseball. As part of his research, Fishman had access to a “trove” of emails between Yankees president Randy Levine and his star third baseman.

Fishman released a selection of the emails, some dating to 2011, which expose the unique and often strange relationship between the team’s president and one of its star players. Levine acts almost as a paternal figure in some, giving Rodriguez encouragement through the slumps. Rodriguez responds with a standard “we’ll get ’em next time!” attitude.

That is, until things got juicy off the field for A-Rod.

In 2011, near the middle of May, Rodriguez was in a slump. On May 11, the Yankees lost to the Royals 4-3 and Rodriguez went just 1-for-5 at the plate. This was the email exchange after the loss:

Levine: Hey, tough game, I?m worried about your health, u sure u r ok? You look to me like you?re a little off. If just a slump, you will come out, but if more, let me know.
Rodriguez: Hey Randy, yes, tough game. Just a little jumpy at the plate. I feel fine. I?ve been working hard with Kevin Long [Yankees hitting coach]. I will start hitting soon. My team needs me. We will win tomorrow. Have a great night.

Fast forward to July 2012, after Rodriguez fractured his hand when he was hit by a pitch. Levine made a reference to steroids but later called it a “bad joke,” according to Fishman.

Levine: How r u feeing since u left Robby [Cano] under 200, he needs some steroids fast!

Rodriguez still was out in late August 2012, and Levine contacted the third baseman for his opinion on the team, making another possibly comical drug reference.

Levine: Hey, what?s up with Robby. This guy must not be using the liquid. U didn?t tell me what did Chris and Steve say your ETA is. Don?t rush it unless u r right. We need you. Nova looks like he may need a breather. What do u see.

On Jan. 29, 2013, the Miami New Times released its bombshell report accusing Rodriguez and other MLB players of being involved with the Biogenesis anti-aging clinic. That started the firestorm that continues to burn as players linked with the use of banned substances serve suspensions from baseball. The Yankees did not defend Rodriguez when he was accused of using performance-enhancing drugs from Biogenesis, and that’s when the relationship between Rodriguez and Levine became strained.

Rodriguez had surgery on his left hip that offseason, and about a month after the Miami New Times’ initial report, A-Rod reached out the Levine.

Rodriguez: Randy, [?] As you can imagine, I?m feeling left out, I can?t be with the team at spring training and this leaves an empty hole in my life. And on top of that I?m dealing with the backlash of all these ugly rumors and false stories. [?] Of course I am very concerned about these rumors and about what the team is doing and saying about me. ? People have been telling me that you have an 8% bounty on my contract.[?] Maybe all of this is coming from my cousin [?], who knows. He claims he met with the Yankees and that you are after me and it has me concerned. I hope this [email] is the start of us clearing the air between us. I don?t want us to be enemies. I am loyal to the team. I only want the best for the Yankees organization. But I do need reassurance from you and I need to know what is going on. It is bad business for everyone.
Levine: First off, neither I nor anyone at Yankees every met with your cousin. This is being handled by MLB and we r allowing them to do their job. There is no bounty on you. We have no idea who MLB is meeting with or what course their investigation is taking. It is entirely in their hands. We r not talking to the media on this issue, we have said this is being handled by MLB, and we will have no comment until the investigation is over. That?s it. There is nothing else going on. I wish u health and a good rehab.

Whatever semblance of a relationship there was between the two nearly evaporated once both parties lawyered up and the drama unfolded in the national media. On Aug. 5, 2013, the day Major League Baseball handed Rodriguez his 211-game suspension, Levine sent his last e-mail to A-Rod.

Levine: I received your email, the contents of which are a complete shock to me. As I have repeatedly told you, this is an MLB investigation. We had no role in initiating the investigation or assisting in the direction of the investigation. Despite your continued false accusations (which you know are false) we have acted consistently. My focus and direction, as well as that of the entire Yankees organization, has been, and continues to be, to treat you in the same manner as we do all of our players, to have you healthy and ready to play as soon as possible. Good luck.

Check out all of the emails here.

The Texas marching band sends Mack Brown out in style.

You had ONE job, Georgia Tech punter. 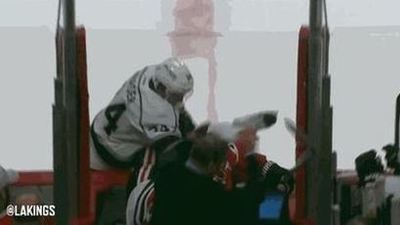 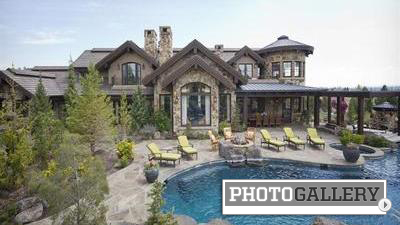