There wasn’t an abundance of holiday cheer in Oakland.

The bad blood between the Los Angeles Clippers and Golden State Warriors continued on Christmas Day, leading to two ejections and nearly causing a full-team brawl.

Tensions boiled over in the final seconds of the third quarter, when Golden State rookie Draymond Green nailed L.A. star Blake Griffin in the throat with an elbow to pick up the game’s first ejection. Griffin was tossed less than two minutes later, however, after battling with Warriors center Andrew Bogut in the paint following the whistle. Bogut was assessed a flagrant foul, and Griffin received his second technical of the game, prompting his automatic ejection.

Clippers guard Jamal Crawford missed a 3-pointer at the buzzer to preserve a 105-103 Warriors win, but the chippiness did not end with the final horn. Bogut and Clippers guard Chris Paul began exchanging words after Crawford’s three fell short, and both benches — coaches included — emptied into an on-court scrum that took referees nearly 30 seconds to break up.

These teams now have more than a month to simmer down before their next meeting, another matchup at Oracle Arena on Jan. 30.

Check out the postgame shenanigans in the video below. 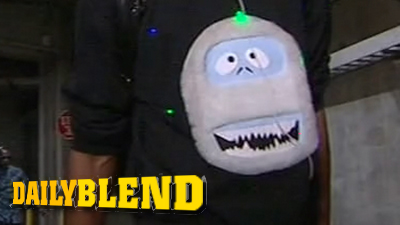