It’s pretty remarkable to think about how much things can change in a year. Take the hockey world for example. One year ago, fans of the game were seeking out Santa wherever they could find the big guy and pleading with Clause to get hockey back in their lives.

It was something of a belated holidays gift, but hockey eventually returned. Sure, it was an abbreviated season, but it was hockey all the same, so no one really complained. Here we are now, a year later, and we’re right back in a familiar spot. We’re in the middle of another exciting NHL season.

The Bruins, as many expected, are among the NHL’s best teams. One could even make the argument the B’s are the cream of the crop in the Eastern Conference. It’s fairly remarkable, too, all things considered. Despite missing just a little more than 50 man-games to injury last season, injuries have tried to crush the Black and Gold this season. Despite that, Boston has found a way to put itself atop the East with 44 points and a game in hand over the Pittsburgh Penguins. Not bad, all things considered.

There’s plenty to dive in to, and there’s no better time than now for the Bruins mailbag to make its triumphant return. NESN.com Bruins/NHL writer Mike Cole has hopped over the boards and is ready to skate a lengthy shift. On to this week’s questions.

No. It would be lazy if I asked you to write this mailbag.

Do you think the Bruins made a mistake in trading Tyler Seguin over Brad Marchand?
–Dale Trites via Facebook

The thing about your question, Dale, is I think that it implies that not only were the Bruins willing to trade Marchand, but that they would have received a satisfactory haul in return. We don’t necessarily know the answer to either of those questions. I have to imagine that if Peter Chiarelli got a deal that he liked for Marchand — or any other player — that he thought would make the team better, then he would do it. That’s his job.

I understand the question, though. I can’t imagine it makes Bruins fans very happy to see Seguin excelling in Dallas with the young forward on pace to score 40 goals and surpass the 80-point mark. It probably doesn’t make it any easier that Marchand is struggling to produce as well. But it’s tough to look these types of moves or non-moves in a vacuum, especially so soon after the deal is made. The Bruins, as we saw on Behind the B, clearly thought Seguin didn’t fit in with what they were trying to do. They also didn’t think he would get it any time soon, which ultimately led them to trade him. Even had they kept him, it’s unlikely he’d be putting up those numbers in the Bruins’ system.

Dealing with hypotheticals while simultaneously trying to predict the future is tough, man.

You’re such a homer for doing this. Ugh. Plug.
–@DouchyDustin via Twitter

Is there a way for the Bruins to limit Zdeno Chara’s minutes with all these injuries? He could use a rest.
–@Culvey13 via Twitter

The short answer, Tim, is no. When three of your top six defenseman go down in the first third of the season, everyone needs to step up and you’re obviously going to lean on Chara the most. He’s still one of the best defensemen in the league and he keeps himself in insane shape. He can certainly handle those minutes now, but the big question is what Chara will be like when the playoffs get here.

I think it was pretty apparent, especially late in the Stanley Cup Final last year, that Chara was starting to hit a wall. In the final three games of the Cup Final, Chara was on the ice for 10 Blackhawks goals. He was dealing with injuries — as was just about everyone at that time of the season — and it’s obvious that the big minutes in a shortened season ended up catching up with him.

There was certainly a plan in place to limit his minutes this season, and it was being carried out pretty well at first. Through 11 games, Chara had only played more than 25 minutes twice. In the 20 games since then, however, he’s passed the 25-minute mark 12 times. His average time on ice per game has actually surpassed what it was last year. That is not a recipe for success, especially if you’re hoping for sustained production from Chara deep into the spring. However, the Bruins haven’t really had much of a choice this season, and it looks like the only solution is to get healthy — which is easier said than done.

Once Loui Eriksson is back do you think the second line will stick? In my opinion, even when Eriksson was healthy, it never looked right.
–@blackandgold207 via Twitter

Good question. The Bruins’ second line — the Patrice Bergeron line — hasn’t produced this season. There’s really no other way around it.

Bergeron has been fine, as even when he doesn’t put up numbers, he’s still one of the best two-way forwards in hockey. So he’s not really much of a problem. You look at Marchand, though, and you might start to get alarmed by looking at his numbers. As one of the boys over at the Bruins blog Days of Y’Orr pointed out on Twitter on Wednesday, Marchand is only on pace for 38 points this season. He had 36 last season — in 45 games. Finally, it’s so tough to really get a gauge of what Eriksson is and is going to be. Unfortunately, a couple of concussions have disrupted his ability to build some chemistry with his new linemates. That doesn’t totally excuse his lack of production, though.

All things the same, I would keep this line together a little longer, if and when Eriksson returns. If that happens before Chris Kelly returns from a broken fibula, then I think you move Reilly Smith back to the third line. Smith has probably earned the right to play on the second line over Marchand or Eriksson at this point, but Smith has also had some pretty undeniable chemistry with Carl Soderberg. Maybe you keep them together for the time being and see if Ryan Spooner‘s speed and playmaking abilities make that third line even better (aside from probably struggling mightily in the faceoff dot).

This may also all be a moot point. At the rate the Bruins are going, there will be some other injury as soon as Eriksson returns. 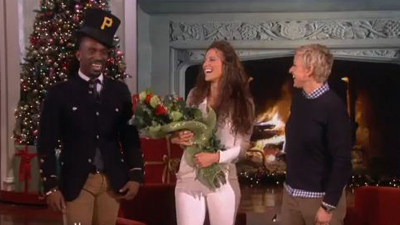