The dangerous hit earned Wilson a five-minute major penalty for charging, and then he got five more penalty minutes for fighting Nicklas Grossmann just a few seconds after.

Schenn did turn into Wilson just before contact was made, but the Capitals winger accelerated into the hit from a far distance away and made contact when his opponent was in a vulnerable position along the boards. Schenn had trouble skating to the bench after the hit and needed to be helped off the ice.

The Flyers received a five-minute power play and scored twice to take a 4-2 lead.

Check out Wilson’s suspension-worthy hit in the video below. 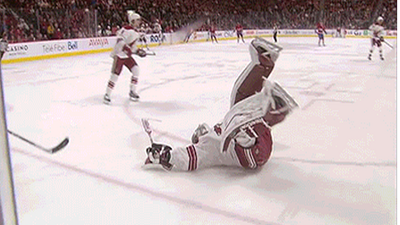 Mike Smith Pulls Off Dive for the Ages, Dramatically Falls to Ice After Max Pacioretty Grazes Him (GIF)